We use cookies to provide you with a better experience. By continuing to browse the site you are agreeing to our use of cookies in accordance with our Privacy Policy.
Home » Campaign seeks to raise awareness of fatigue in offshore energy industry
Fatigue Utilities 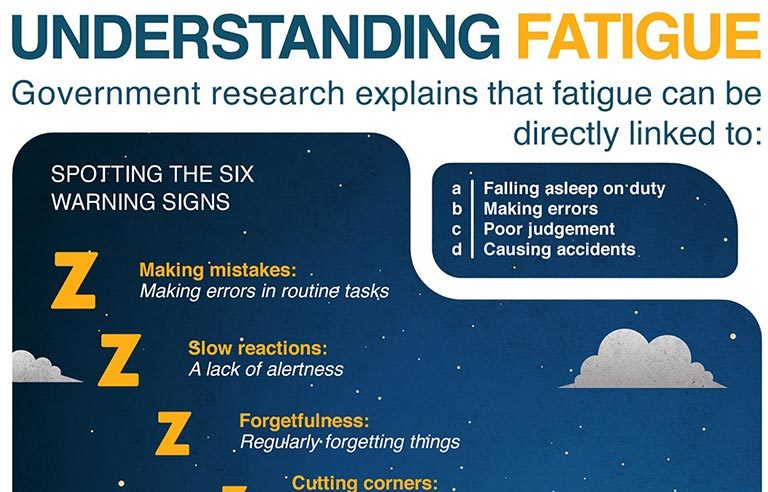 According to the Health and Safety Executive, which regulates and enforces British workplace safety and health, up to 40 percent of mariners report that they pose a danger to themselves or operations because of their working hours. NWA notes in an Aug. 23 press release that fatigue is of particular concern at offshore wind farms, where operations have shifted farther from shore and can involve changes in deadlines and contractor management.

Agency officials are asking employers to display the poster in workplaces and on vessels.

“[Fatigue is] obviously a challenge for vessel operators, and it’s potentially dangerous for crews, so we wanted to research the reasons behind overrunning working hours, and to empower the offshore wind and workboat industries to do something about it,” NWA Secretary Mark Ranson said in the release.