We use cookies to provide you with a better experience. By continuing to browse the site you are agreeing to our use of cookies in accordance with our Privacy Policy.
Home » ‘Deadly Skyline’: Construction deaths keep climbing in New York state, but fall in New York City
Advocacy groups Construction Construction 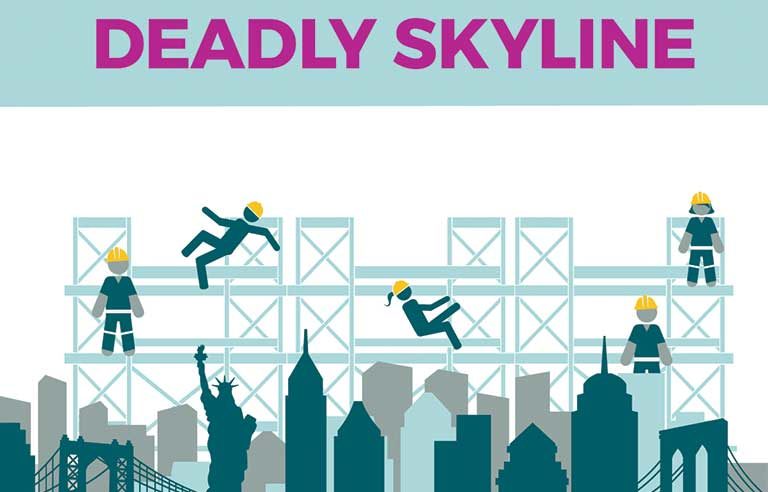 New York — Construction worker fatalities remain on the rise in New York state while continuing to decline in New York City, according to an annual report released by the advocacy group New York Committee for Occupational Safety and Health.

Although the statewide total is fewer than the 71 fatalities reported in 2016, the construction fatality rate in the state has increased 39 percent in the past five years, to 12.2 fatal workplace injuries per 100,000 full-time equivalent workers.

The report offers several recommendations, including maintaining and supporting laws that protect workers, such as the Scaffold Safety Law and Carlos’s Law, and proactively protecting Latino and immigrant workers.