We use cookies to provide you with a better experience. By continuing to browse the site you are agreeing to our use of cookies in accordance with our Privacy Policy.
Home » My Story: Mary Baird
My Story My path to safety began when I saw a notice that the Local Safety Improvement Team in my area was having a meeting. I thought going might be a good place to start the pursuit of meeting more of my co-workers and learning from them, so I showed up. That one small step was how I got to where I am today: a geologist who ended up with a National Safety Council Rising Stars of Safety Award.

Every year, my company hosts a safety expo and, at that first LSIT meeting, I signed up to volunteer at our booth. Devising a booth theme can be a bit trickier than it sounds, but luckily (being the dedicated “Jurassic Park” fan that I am) I had an inflatable Tyrannosaurus rex costume at the ready. That’s how the company ended up with “Safety is Not Extinct” as our booth theme. The dinosaur costume idea was a smashing success at the expo, with entertainment high points that included dancing to the song “Walk the Dinosaur.”

Because the dinosaur theme was such a hit, I ended up regularly donning the costume to raise awareness about slips, trips and falls. As you might expect, that got some attention and, before long, I was asked to go from implementing dinosaur-themed slips, trips and falls awareness on an organizational level to implementing it on a site level. That’s how Trip the Dinosaur was born. Videos were made of Trip (me) in various potential slip, trip and fall situations and incorporated into slide presentations, which were distributed for monthly safety meetings throughout the company.

Over the course of the Trip campaign, I worked with 23 other LSITs onsite to make videos, each getting to showcase their teams and the areas where they worked in the process. Meanwhile, my role in championing safety kept growing. I became a behavior-based safety instructor, interviewed safety engineer candidates, presented on safety topics for the Department of Energy’s Safety Culture Improvement Panel, was on safety-related steering committees, was a guest speaker for various safety initiatives and became chair of my LSIT.

As planned, the Trip video campaign ended a year after its inception and, afterward, the company ran a numbers comparison from before the videos started to when the videos ended. I was elated to discover that slip, trip and fall rates had decreased sitewide by an astonishing 40 percent. If you’d have told me when I first started that one day I’d be accepting an award for safety because of the work I’d done while in my T. rex costume, well, I certainly would have been surprised – but also thrilled!

I believe everyone should want to champion safety culture. Doing what you can to ensure your co-workers get home to their families is something that is just so easy to get behind. I encourage everyone I meet to get involved and use their talents – you never know the difference you might make! 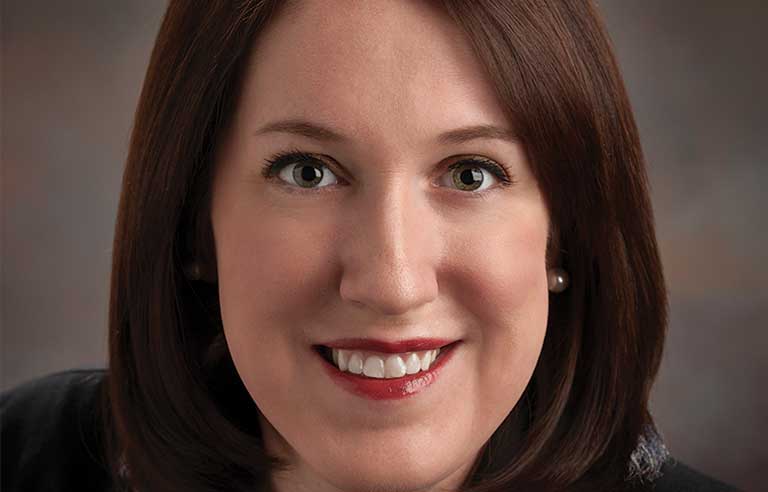