We use cookies to provide you with a better experience. By continuing to browse the site you are agreeing to our use of cookies in accordance with our Privacy Policy.
Home » EPA consumer ban on methylene chloride leaves workers ‘blatantly exposed,’ critics claim
Workplace exposures 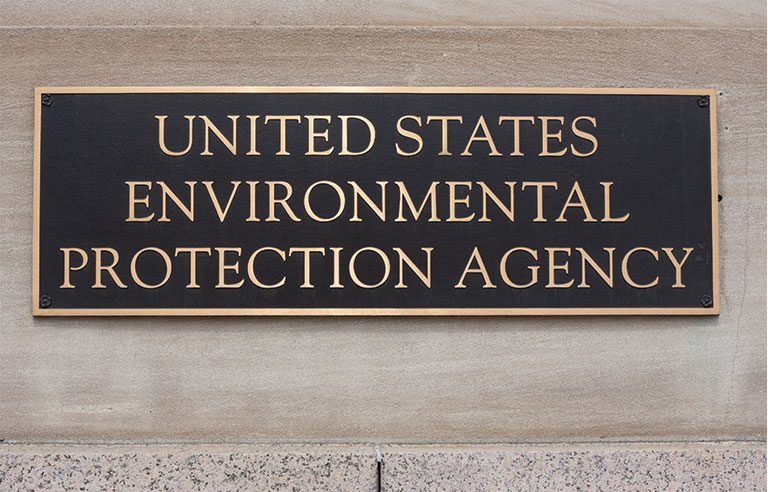 UPDATE: This story has been updated to reflect the final rule being published in the Federal Register.

Washington – The Environmental Protection Agency’s recent final rule banning methylene chloride for consumer use has advocacy groups and lawmakers concerned that continued commercial use of the hazardous chemical leaves workers at risk.

Published in the March 27 Federal Register, the final rule prohibits manufacture (including import), processing and distribution of the substance in paint removers for consumer use and requires manufacturers, processors and distributors to notify retailers and others in the supply chain about the ban.

In contrast to a proposed rule issued in January 2017, however, the agency “is not finalizing the portion of the proposal relating to commercial paint and coating removal,” a draft of the final rule states. Instead, EPA on March 15 issued an advance notice of proposed rulemaking seeking public comment concerning potential training, certification and limited access program guidelines for commercial use of the chemical. The ANPRM also was published in the March 27 Federal Register.

In 2014, EPA found that exposure to methylene chloride – frequently used for bathtub refinishing – may cause cancer, harm to the central nervous system and toxicity to the liver, among other adverse health effects. Since publication of the proposed rule, EPA is aware of four fatalities – two independent contractors, one small business owner and one consumer – linked to exposure to the substance, the draft states.

“After analyzing the health impacts and listening to the affected families, EPA is taking action to stop the use of this chemical in paint removers intended for consumers,” EPA Administrator Andrew Wheeler said in a March 15 press release. “Today’s decision reflects EPA’s commitment to ensure that chemicals in the retail marketplace are safe for the American public.”

Environmental watchdog group Earthjustice and Sens. Tom Udall (D-NM) and Tom Carper (D-DE) have urged EPA to extend the ban to commercial use, consistent with the agency’s previous intent. This past May, EPA issued a press release indicating that the agency planned to submit finalized rulemaking of the consumer and commercial ban to the White House Office of Management and Budget “shortly.”

On behalf of the Labor Council for Latin American Advancement, Earthjustice – along with the Natural Resources Defense Council – in February filed a lawsuit against EPA and Wheeler in the U.S. District Court for the Southern District of New York, challenging the ban’s delay.

“Workers will continue to die because the Trump administration can’t bring itself to ban even the most toxic chemicals on the market,” Jonathan Kalmuss-Katz, an attorney for Earthjustice, said in a March 15 press release. “The methylene chloride rule sends a clear message to workers that their lives matter less than chemical industry profits.”

LCLAA Executive Director Hector Sanchez Barba echoed Kalmuss-Katz’s concerns, saying in the release that “Latino and immigrant workers are overly represented in jobs that require exposure to deadly working conditions, including paint strippers. We will not allow this administration to once again attack our community, because that is what this rule does, it leaves workers blatantly exposed to deadly chemicals.”

Udall and Carper have criticized EPA for what they say is the agency’s failure to follow the Frank R. Lautenberg Chemical Safety for the 21st Century Act, a 2016 amendment to the Toxic Substances Control Act. Methylene chloride is among the first 10 chemicals EPA is evaluating for potential health and environmental risks under the act.

“EPA’s action today is a watered-down protection that apparently values industry profits at the expense of public health and safety – particularly for the hardworking people who will still be risking their lives with exposure to these deadly products,” Udall said in a March 15 press release.

Carper expressed similar sentiments in a separate release issued the same day, saying that “while a ban on consumer uses of paint strippers containing methylene chloride is a step in the right direction, it falls far short of what … my office was assured in writing would be a ban that protected both consumer users and workers from this deadly chemical.”

The final rule is set to go into effect May 28, the same day comments on the ANPRM are due.

Methylene chloride an ‘unreasonable’ risk to some workers, EPA says