We use cookies to provide you with a better experience. By continuing to browse the site you are agreeing to our use of cookies in accordance with our Privacy Policy.
Home » Speaker Spotlight: Are you ‘10 feet tall and bulletproof’?
Speaker Spotlight

Speaker Spotlight: Are you ‘10 feet tall and bulletproof’? Traditional safety is primarily about rules and regulations. Most of the time when we get hurt, it’s not because we don’t know the rule or the amount of hazardous energy present. In fact, it’s often because we’re not thinking about the hazardous energy or the rule at the time.

When we interact with a hazard and get hurt, it’s usually because we’re complacent. Complacency is at the center of being “10 feet tall and bulletproof.”

If I were to ask you if you’ve ever touched a hot pot on a stove, you’d probably say yes. If so, you touched the pot not because you didn’t understand the rule, but because you weren’t thinking about the rule. The general rule of thumb is, if there’s a pot on the stove, nine times out of 10 it’s hot! So why are we hurting ourselves when we know the rule and we know that the hazard exists? Again, the answer is complacency!

When it comes to the “10 feet tall and bulletproof” mentality, we’ve all heard people say things such as, “I’ve driven this road so many times, I can do it with my eyes closed” or “I’ve been doing it this way for years.” We’ve even heard people say, “That will never happen to me!”

The conclusion is, “I’m invincible,” thus “10 feet tall and bulletproof.”

This mindset isn’t something that we believe or feel from the beginning. No – I believe it’s a combination of time in action and the influences around us.

As children, many of us were told to be careful countless times, but nobody really ever explained to us what “being careful” means. Instead, it was left up to our own experiences to teach us what that meant. Consequently, we perpetuate the cycle by continually telling our own children to “be careful.”

In fact, we’ll tell our children to be careful even before they’re old enough to talk. So the cycle continues.

We get hurt. Who hurts us? Look at your 10 most recent scars. Who put them there? Nine times out of 10 it was something we did to ourselves. Everyone knows when a knife, scissors or a razor is sharp, but no one expects to cut himself or herself unintentionally.

Think about this Centers for Disease Control and Prevention statistic the next time you hand the car keys to your teen on a Friday night: “An average of nine teens ages 16-19 were killed every day from motor vehicle injuries.” Many experts believe a large number of these incidents occur because of texting and driving. And yet, all we’re telling our young drivers is “be careful.”

Chew on this: It takes, on average, three to six seconds to read a text message while driving. At 60 mph, that’s 88 feet per second. You’ve driven nearly the length of two football fields in six seconds. Could I convince you to drive down the highway at 60 mph and close your eyes? Let me ask you, what’s the difference?

Whether it’s texting, eating, smoking or simply changing the radio station, these are all distractions that take your eyes and mind off the road. Most people think, “It’s not going to happen to me. I’m not going to be the one that ends up in an accident. I’m 10 feet tall and bulletproof.”

Don’t let your own complacency lead you down the path to destruction.

Most of the time when we get hurt, it’s because we’re in one of the four human states that contribute to most incidents: rushing, frustration, fatigue and complacency. One of these states usually is present – most often complacency – just before or during an incident. If we can learn to heighten our awareness when we’re in one or more of these states, we can prevent many serious incidents from occurring. 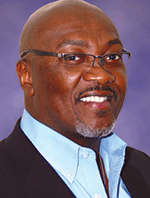 Jack Jackson’s career has included working in production, operations and safety at Johnson Controls for 19 years, followed by seeing Avanzar Interior Technologies through the safety phase of new construction. Jackson, senior safety consultant at SafeStart, used his experience to develop a safety concept that teaches participants of his courses that "safety is always first."

Direct to your inbox: Sign up to be notified in email about new Speaker Spotlight columns.

Speaker Spotlight: Are we using our full intelligence?

All About You: 10 tips to increase your ‘speaker likability’