We use cookies to provide you with a better experience. By continuing to browse the site you are agreeing to our use of cookies in accordance with our Privacy Policy.
Home » Last year’s California wildfires prompt introduction of worker protection bill
Legislation Agriculture, forestry and fishing Workplace exposures Fire/emergency medical services 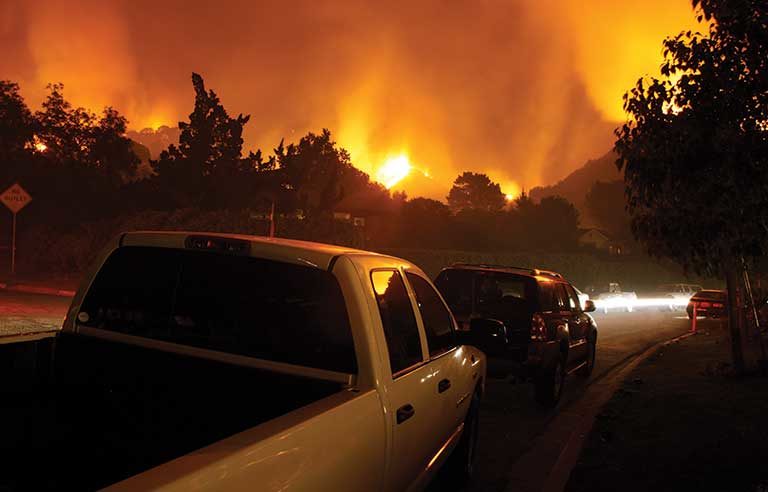 Sacramento, CA — Legislation introduced in the California State Assembly is aimed at protecting outdoor workers from harmful levels of wildfire smoke, after one of the worst wildfire seasons in the state’s recorded history.

Sponsored by Assemblymember Brian Maienschein (D-San Diego), A.B. 1124 would require employers to provide respirators to outdoor workers to protect against smoke from wildfires or burning structures as a result of wildfires. It also would direct the state’s Division of Occupational Safety and Health, also known as Cal/OSHA, to use local air quality index measures to determine when smoke is at harmful levels.

“Wildfire smoke consists of different gases and fine particles,” the bill states, “some from burning vegetation and others from burning structures, with the structures often having been built with asbestos, lead and other toxins. This complex mixture of chemicals and substances can penetrate deep into the lungs and cause serious health problems.”

Inhalation of wildfire smoke can trigger heart disease, permanently reduce lung function, and cause cancer or even premature death.

“Millions of Californians work outdoors and risk exposure to this hazard,” the bill states. “While regulations exist to protect workers from hazards generally, and harmful airborne substances specifically, these regulations do not adequately address the uniquely unpredictable nature of wildfire smoke.”

Because of the sudden-changing nature of wildfires, the bill would exempt employers from medical evaluations and fit testing before respirator use by workers.

Last year, more than 100 people were killed and thousands of homes were destroyed in more than 7,500 wildfires that burned nearly 1.7 million acres, according to Cal Fire.

The bill, which would also direct Cal/OSHA to adopt the emergency regulation by June 13, was introduced Feb. 21 and approved April 24 by state assembly’s Appropriations Committee.