We use cookies to provide you with a better experience. By continuing to browse the site you are agreeing to our use of cookies in accordance with our Privacy Policy.
Home » My Story: Michael Gunlund
My Story Never would I have thought that my career would lead me to becoming a safety professional. After graduating from a junior college with a degree in electronics, my attention turned to the construction field. I started my career as an apprentice carpenter and, after 22 years of working through the ranks, I became a superintendent for a construction company.

One day a friend of mine who was the general manager for a demolition company asked me to work for him as a manager on a hospital project that required oversight. I accepted the challenge, and the job was completed two years later. It was then that I asked my friend if he had another project for me. He said, “How would you like to start a safety program for the company?” Not one to turn down a challenge, I accepted. This launched my career as a safety professional.

Having no idea where to start, I began reading OSHA regulations and enforcing them on the workers. It didn’t take long to be known as “The Sheriff.” Wanting to lose that stigma, I began to search for organizations that could help me grow in the field of safety. Thanks to my boss, who was supportive of me, I became involved with the National Demolition Association’s Safety Committee and the local chapter of the American Society of Safety Professionals.

When I became the safety manager for the company, it had an experience modification rate of 1.15. My goal was to get its EMR below 0.73, which was the lowest it had ever been. Today, we are a 0.62.

Having joined the local ASSP chapter, attending seminars, attaining my CHST and volunteering as the safety chair at NDA, I learned that it’s not about just enforcing the rules and regulations, but about educating workers on how to perform their tasks safely.

In my office, I have a sheriff’s badge with my name on it, which some of the workers gave to me when my career was launched. It’s a reminder of how far I’ve come over the past 18 years. 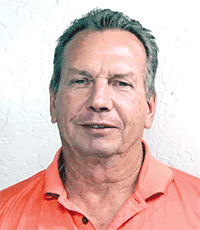