We use cookies to provide you with a better experience. By continuing to browse the site you are agreeing to our use of cookies in accordance with our Privacy Policy.
Home » Speaker Spotlight: Dealing with ‘CAVE people’: Three techniques for taking back control
Speaker Spotlight As a human factors coach, I’ve conducted training from the Arctic Circle to the jungles of Mexico and seemingly everywhere in between. Regardless of where I’ve been, I’ve always encountered “CAVE people” (citizens against virtually everything) and their weapon of choice: disrupting meetings.

They aren’t necessarily bad people, but they’re frustrated for sure. So, dealing with them takes a long time because the source of their animosity is often complex and deep-rooted.

We’re tackling a sensitive issue here: What to do when they disrupt your meeting.

When a CAVE person becomes unruly, it’s simply a tactic to throw you off your game. Instead of getting caught up in an argument, regain control by using one of the tools I’ve forged during my 20 years on the road.

These three techniques are progressive in nature, and each should be tried at least twice before moving on to the next.

Billy arrived early to get one of the choice seats in the back of the room, where unruly CAVE people typically congregate. He’s giving you a hard time. “This human factors stuff is just about shifting blame to employees,” he says.

Get into his personal space

Billy is arguing from a safe position (the back of the room) and wants attention, so give it to him. Ignoring what we all in Western culture know (without being taught) that the appropriate personal space is 18 inches, walk to the back of the room and get about 6 inches from him. Now, in a friendly tone, state your case. “Billy, I believe you and I may be on the same page here.”

Depending on your prior experience with Billy, it may be tempting to try to intimidate him by continuing this technique, but that’s not the point. The point is to use it until you regain control without appearing to do so.1 Be sure you always keep a friendly tone and never touch Billy. Once he seems to calm down, release him and return to the front of the room. If Billy wants to argue later, repeat.

If Billy keeps acting up, however, it’s time for the nuclear option …

Invite him to a meeting

Say to him, “Billy, I’d love to discuss this further, but they (the always unidentified and evil “they”) only gave me so much time. I think you have a point – let’s discuss this after class.” I have handed out this invitation a couple hundred times in my career with only one taker.

Don’t get caught up in an argument. Take action to check Billy. Other employees who have to sit through a meeting with an unchecked Billy will appreciate what you’ve done.

Will these techniques work every time? Of course not. However, they’ve proven more effective than hoping that Billy settles himself down – a tactic that just leads to more disruptive behavior. Besides, “hope” is a strange commodity for pragmatic leaders.

Getting people out of the CAVE mentality is a long journey, but regaining control of your meeting is a great first step for everyone.


Reference
1. Watch a video of a blissfully unaware close talker from the TV show “Seinfeld.” 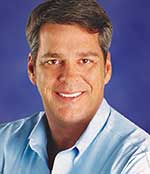 J. Kevin Cobb is the author of “Quit Feeding the Monsters: Creating a Positive Culture.” As a senior consultant for SafeStart/SafeTrack, he has helped hundreds of organizations across North America improve human performance.

Speaker Spotlight: Are we using our full intelligence?