We use cookies to provide you with a better experience. By continuing to browse the site you are agreeing to our use of cookies in accordance with our Privacy Policy.
Home » My Story: Gary Spagnuolo
My Story My start in safety was an unwanted accident. I began in 1970, about the same time OSHA was created. The factory I worked in, in an attempt to be proactive, determined it needed a safety manager. So, for whatever reasons, they chose the quality control manager – me – even though my background was product safety and quality control. It probably was because the word “safety” was in my job title and companies still weren’t sincerely motivated as of yet, and so I got the nod. Unfortunately for the company, it didn’t realize I had some sincere interest in worker safety. The plant required workers to perform various tasks that were categorically dangerous, but nobody objected. I took a personal interest after the plant manager accused some workers of being under the influence of drugs, when in fact they were suffering the narcotic effects of mopping the floor with methyl ethyl keytone.

This was only one of the initial problems, with excessive noise levels a close second. After a week in the plant, workers were numb and almost in a comatose state, especially among those working overtime or double shifts. Periodic fires were not uncommon, either. This exposure to hazards in the workplace was classic for that era, when many workplaces considered occupational dangers just part of the job. Management’s response to safety sometimes was: “That’s what we have insurance for.” Those of us witnessing the American workplace in those days have an entirely different image of industry in America than that seen by safety professionals today. We witnessed history being made with the introduction of OSHA, the radical changes that developed as business culture began to change, and workers and management beginning a new evolution toward understanding why safety is good for business rather than a hindrance.

The plant closed about four years later, possibly, in part, to my enthusiasm for the job when I pushed for improvements in noise reduction and environmental testing for MEK. OSHA performed an inspection of the plant and, shortly thereafter, it was locked and chained shut, rather than make improvements. Was that a success?

I immediately transitioned to the commercial insurance industry as a loss control engineer, concentrating on product liability. Although I continued to dabble in worker safety, evaluating thousands of commercial businesses across the country over my career, I continued to witness the early challenges of safety improvement and the slow evolution toward safer working conditions. The commercial insurance industry needed my expertise in product safety and liability, where I spent the next 35-plus years as a risk engineering product safety specialist.

I helped insurance companies develop realistic underwriting guidelines for insuring products and services. I performed in-depth analysis of product risk for regional and international insurance companies and slowly developed the recognition for product safety as a unique field of its own, similar to industrial hygiene, fire science, etc. Unfortunately, even today, the national safety culture still ignores this aspect of safety in the overall scope of our industry. 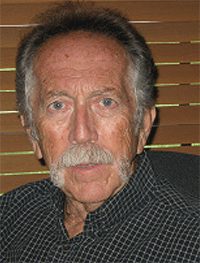