We use cookies to provide you with a better experience. By continuing to browse the site you are agreeing to our use of cookies in accordance with our Privacy Policy.
Home » Want to concentrate better? Skip foods high in saturated fat, researchers say
Worker Health and Wellness Office Safety Tips Nutrition 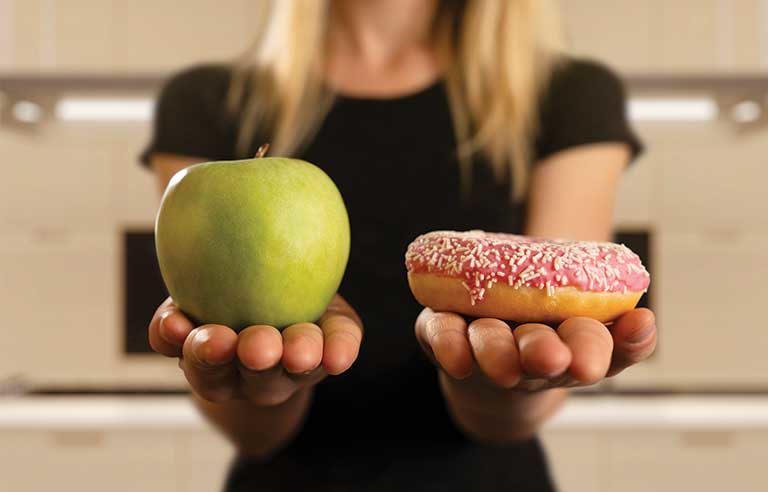 Columbus, OH — A piece of cake or slice of pizza might give you a brief moment of happiness, but it also may make it harder for you to concentrate, results of a recent study suggest.

Researchers from Ohio State University asked 51 women to eat meals that contained either high levels of saturated fat or high levels of unsaturated fat. Five hours later, the women took a 10-minute “continuous performance test,” which measured concentration, attention and reaction times. One to four weeks later, they ate the opposite meal and retook the test.

The results: After eating the meal high in saturated fat, the women performed worse on the test, especially in regard to response times, attention levels and adapting to changes in task demands. “This was just one meal,” Annelise Madison, lead study author and an OSU graduate student in clinical psychology, said in a May 12 press release. “It’s pretty remarkable that we saw a difference.”

The researchers said the findings suggest concentration problems could be even more extreme in people who are stressed and turn to fatty foods for comfort.

“What we know is that when people are more anxious, a good subset of us will find high-saturated-fat food more enticing than broccoli,” Janice Kiecolt-Glaser, director of the Institute for Behavioral Medicine Research at OSU, said in the release. “We know from other research that depression and anxiety can interfere with concentration and attention as well. When we add that on top of the high-fat meal, we could expect the real-world effects to be even larger.”

The study was published online May 12 in The American Journal of Clinical Nutrition.