We use cookies to provide you with a better experience. By continuing to browse the site you are agreeing to our use of cookies in accordance with our Privacy Policy.
Home » Speaker Spotlight: Stay on course: Drug and alcohol testing during COVID-19
Speaker Spotlight When managing the workplace impacts of the COVID-19 pandemic, the following question is sure to arise: Should employers maintain, limit or discontinue their drug testing program? Since the advent of COVID-19, substantial increases in drug misuse have been reported as people seek to self-medicate their way through the crisis as a result of stress, lack of employment, financial pressure, child/family care instabilities, and fear for themselves or loved ones being exposed or infected. The situation has been exacerbated by stay-at-home orders and not having access to help.

This increase in the use of opioids, methamphetamine, heroin and cocaine – and subsequent deaths – has been confirmed via studies by the Centers for Disease Control and Prevention, the Substance Abuse and Mental Health Services Administration, and Quest Diagnostics Inc., among others, and isn’t slowing. Also, the sales of alcoholic beverages and legal marijuana products are reportedly up significantly.

This creates heightened concern about substance use and misuse transferring into the workplace. Despite this, employers and testing providers are reporting a decline in drug testing. This is, in part, because of shrinking workforces, employees working from home, difficulty in hiring and associated testing costs. Fewer people working or not operating out of a corporate location means fewer people being drug tested.

A small percentage of employers have modified, temporarily suspended or terminated testing. In cases of modifications, some have switched to onsite oral fluid testing, which can be for cost benefits, efficiency and avoiding contact with clinic staff. Others have ceased preemployment testing for marijuana or ceased preemployment altogether. Another change has been the option of telehealth collections, allowing for remote observed collections through a video application.

Numerous studies have shown that more than half of employers surveyed have maintained their testing programs. The bottom line: It’s critical to recognize that nothing has changed in the need to address risk – and part of that equation is the significant increase in the use of illicit drugs and misuse of drugs and alcohol.

The legalization of marijuana over the past several years has caused a great deal of confusion and trepidation about how to respond and simultaneously manage safety. The use of cannabis among the workforce has increased significantly, especially in states that have legalized and decriminalized it.

Recreational and/or medical marijuana is now legal in 35 states and the District of Columbia. This means more than 1 out of 5 Americans live in a state where adults can eat, drink, smoke or vape as they please.

Because of such sweeping legislation, some employers are considering discontinuing marijuana testing. Employers can test for marijuana in all 50 states. However, it’s key to know each state’s laws and have a policy reflecting those laws. Here’s a current overview:

So, what does this mean? You can test for marijuana, but it’s critical to know the position of the state or states in which your organization operates, have a clear policy reflecting that position, and apply it consistently.

Where do we go from here?

Risk mitigation is broadly defined as steps taken to control or prevent a hazard from causing harm and to reduce risk to a tolerable or acceptable level. No employer can completely protect itself against the use and misuse of drugs and alcohol. But now, more than ever, employers need to create their strategy to address and lessen the effects of these threats, all while taking into consideration the company’s industry; federal, state and local laws; available testing methodologies; and the company’s exposure to risk and losses, management style, and overall culture. This strategy can positively impact the risks to co-workers, the general public or litigation as a result of lack of testing, education and a sound policy.

The laws are changing and technology is evolving more rapidly than ever. To ensure a sound, defensible program, it’s advised not to go it alone, but rather seek a consultant or counsel – and stay on course. 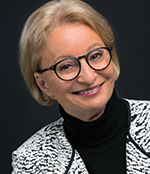 Christine Clearwater is the founder and president of Drug-Free Solutions Group LLC (drugfreeatwork.com), the co-founder of Drug-Free Guru Inc., and has completed her 30th year as a subject matter expert.

DOT proposes use of electronic forms for drug and alcohol testing