We use cookies to provide you with a better experience. By continuing to browse the site you are agreeing to our use of cookies in accordance with our Privacy Policy.
Home » Speaker Spotlight: Imagination as a safety tool
Speaker Spotlight In the aftermath of 9/11, a commission was formed to review the horrific terrorist attacks on the United States. Among the commission’s conclusions – released in a 2004 report1 – was that the attacks revealed four kinds of failures: imagination, policy, capabilities and management.

Similarly, in 2014, NASA, in a safety message focused on three incidents (Apollo 1, and the Challenger and Columbia space shuttle missions) in which 17 astronauts in all were killed, did a safety-related comparison and indicated that one of the 10 lessons learned was “use your imagination.”2 Some of the most significant catastrophes in recent history are in many ways attributable to a lack of imagination.

Imagination is the process by which the mind creates images, possible outcomes and other thoughts that have not been directly observed or experienced. It’s key in most creative endeavors.3 Where people with more vivid imaginations can see the possibility of hazards, those with limited imagination are less likely to do so. Interestingly, there is a physiological reason why some people lack imagination. “Aphantasia” is defined as the inability to form mental images of memories. At the other end of the spectrum is “hyperphantasia.” People with hyperphantasia have particularly vivid imaginations.

Whether it be in safety situations or not, lack of imagination is not uncommon. It is much more common for people to repeat previous behaviors than imagine what could happen in the future. During a TED Talk in 2014, Harvard professor Dan Gilbert said: “Most of us can remember who we were 10 years ago, but we find it hard to imagine who we’re going to be, and then we mistakenly think that because it’s hard to imagine, it’s not likely to happen. Sorry, when people say, ‘I can’t imagine that,’ they’re usually talking about their own lack of imagination and not about the unlikelihood of the event that they’re describing.”4

A fertile imagination can build up such a vivid picture of what could happen next that we convince ourselves it will happen the way we imagine.5 This can result in confirmation bias, which “occurs from the direct influence of desire on beliefs. When people would like a certain idea or concept to be true, they end up believing it to be true.”6

Although no one can see or predict every potential hazard, multiple eyes can focus on multiple potential hazards. However, it is critically important that different sets of eyes have different perspectives. A group of individuals with similar backgrounds, experiences and world views are more likely to engage in groupthink than in imagination, especially when faced with assessing the potential for first-time occurrences. An example was the space shuttle Challenger, which lifted off Jan. 28, 1986. The engineers who designed and built the shuttle’s rocket boosters warned that the temperature on the day of the launch could result in total vehicle failure and the crew members’ deaths. Pressure to stick with the launch schedule at NASA and lack of courage from the engineers ultimately led to the launch, the failure of O rings in the booster rockets, an explosion that killed the seven crew members and the grounding of shuttle flights for nearly three years.

When used, imagination offers the possibility not only that catastrophic outcomes can be avoided, but creative new solutions to safety challenges can be implemented. As Albert Einstein said: “Your imagination is everything. It is the preview of life’s coming attractions.” 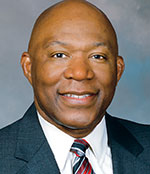 I. David Daniels is president and CEO of ID2 Solutions LLC (id2solutions.org). Certified as a safety director, violence prevention specialist, emer-gency management specialist, and safety and health specialist, Daniels is a member of the NSC Delegates and immediate past chair of the NSC Government and Public Sector Division.