We use cookies to provide you with a better experience. By continuing to browse the site you are agreeing to our use of cookies in accordance with our Privacy Policy.
Home » My Story: Justin Stocker, CSMS
My Story 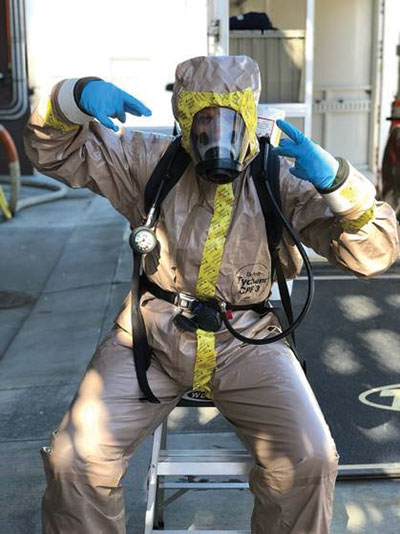 I started my career in 2003, working as a contracted security officer for a large frozen food processing facility. The threat of weapons of mass destruction was at an all-time high during this time after the Sept. 11 terrorist attacks. So providing security at the time, a lot of my attentiveness and training was focused on prevention of WMD. But, when it came to providing security at industrial facilities, there was also a level of safety needed. I identified hazards, assisted in implementing good manufacturing processes and accident investigations, briefed visitors on safety rules, and more.

As my relationship grew with the safety manager, she began to implement me into the company’s hazardous materials response team after I was promoted to security supervisor. I was tasked with maintaining the response trailer, ensuring it was inspected monthly and replacing any items. I really got into it and enjoyed it!

However, in June 2010, I decided I needed something more secure and got out of the contracted security realm. I was hired as a corporate security officer. As an in-house security officer, there were a lot more job duties and it included safety. The department reported to one of the owner’s sons, who was the director of safety and security. Shortly after I was hired, he fused our two departments together to be more efficient and effective.

In 2012, I was promoted to the day-shift lead. This is where my career path started to shift. I was sent to receive my Certified Management Specialist certification in 2014. After that, I started providing safety training to 400-plus employees. In 2015, I was asked to go to a local vocational school and take an emergency medical technician course.

In August 2016, things would never be the same. The facility experienced a massive ammonia release (40,000 pounds). The release lasted for more than a several hours and triggered a joint response from the county. Ownership appointed me to lead the internal investigation. After identifying several deficiencies, ownership promoted me to the safety department as the risk management plan/process safety management coordinator, reporting to the safety manager. I worked alongside a consultant and rewrote the entire California Accidental Release Program, as well as the PSM and RMP programs.

In 2018, the safety manager left the company and ownership promoted me to corporate safety manager. I oversaw all environmental, health and safety activities and workers’ compensation claims.

I got into security as I wanted to pursue a career in law enforcement. However, someone else had different plans for me, and I wouldn’t have it any other way! 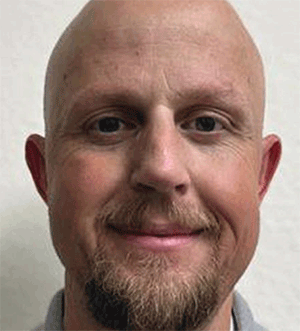