We use cookies to provide you with a better experience. By continuing to browse the site you are agreeing to our use of cookies in accordance with our Privacy Policy.
Home » Humor in safety
Training

Learning through laughter has pros and cons 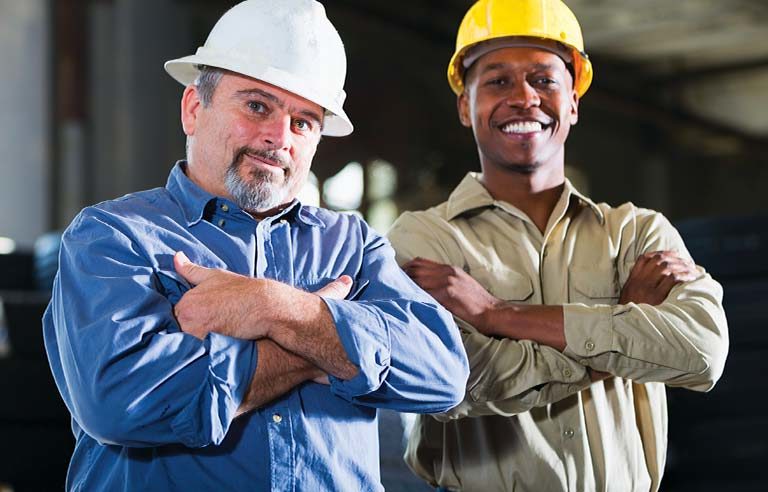 As a safety trainer, Regina McMichael enjoys engaging audiences in unique ways to get her message across.

After instructing a recent all-day course, she had an opportunity to observe another full-day class two days later. The audience included several professionals who had attended her session.

“The instructor asked, ‘Has a trainer ever done anything to turn you off as a learner?’” recalled McMichael, president of The Learning Factory Inc., a safety education and training company. “One of the attendees said, ‘I can’t stand it when people do that fake shoot-themselves-in-the-head thing with their finger. I lost someone to suicide recently.’”

McMichael’s heart sank. Her attempt at humor, using a gesture she had done for years, had struck a painful chord.

Humor can be part of safety training, experts who spoke with Safety+Health agree. But although jokes and funny stories are a perfect fit for some audiences, they can sometimes have unintended consequences. The key is to use caution, know your audience, understand the potential impacts of humor, and examine the gray area between funny and inappropriate.

Where humor and safety meet

Associate Editor Barry Botino discusses this article in the July 2021 episode of Safety+Health's “On the Safe Side” podcast.

McMichael said hearing the attendee’s criticism over her use of the gesture had an immediate and lasting impact.

“There’s a difference between intention and a bad habit,” she said. “I never intended for it to resonate that way. I took that to heart.”

McMichael has since taken time to review casual phrases, gestures and body language she uses to avoid another such occurrence.

Making safety professionals laugh has been something Richard Hawk has been doing for more than 35 years. In fact, the veteran safety expert, speaker and S+H columnist’s website is MakeSafetyFun.com.

Although he has done theater, Hawk resists the notion of being funny for funny’s sake. “One time, I was booked as a ‘safety comedian,’” he said. “I thought, ‘No, I’m not.’ I’m a speaker/trainer and I want to teach, but be funny doing it.”

During his presentations, which sometimes include guitar playing, balloons and handing out finger puppets, Hawk aims for what he calls the “30-70 rule.”

In between humor, Hawk inserts the safety lessons he wants the audience to take away. So does veteran speaker Leonard Jones, who serves as a U.S. Air Force risk management program manager. Jones relies on humor in many of his safety discussions.

“It lends itself especially well to safety because, quite frankly, many people come to a safety briefing with an expectation of, ‘Let’s just get through it. It’s going to be painful,’” he said. “When you give them something fresh, like humor, I think they’re more attentive.”

One of the most effective methods of humor is when it’s self-deprecating, Jones added.

“I try to make the joke on me – something funny I did or a mistake I made.”

The question of what’s funny and what’s inappropriate is a difficult one and depends on a number of factors.

“It’s anecdotal,” said SafeStart Senior Safety Consultant Tim Page-Bottorff, who has presented to hundreds of audiences. “I don’t think people intentionally do things to cross the line, but you’ve got to be really cognizant. Humor can be a lot of things to different people.”

During train-the-trainer sessions he leads, Page-Bottorff equates the question of appropriate humor to playing golf. “A golfer on the putting green goes by feel, the way the green contours,” he said.

When Page-Bottorff reviews his presentations, he starts at the end and works back to the beginning, identifying where he can engage with the audience. He focuses on personal connection rather than forcing humor.

A difficulty for some speakers is keeping in tune with current social ethics and values, which evolve over time and can blur what’s considered acceptable and unacceptable.

“If you weren’t keeping up with that, it’s bit you in the last couple of years,” McMichael said.

Understanding that line can come by observing and talking with other speakers.

“Where are others drawing the line?” McMichael suggests asking yourself, “particularly among others that you respect and appreciate.”