We use cookies to provide you with a better experience. By continuing to browse the site you are agreeing to our use of cookies in accordance with our Privacy Policy.
Home » Crises are opportunities for innovation, Pitzer says during Occupational Keynote
Show Daily 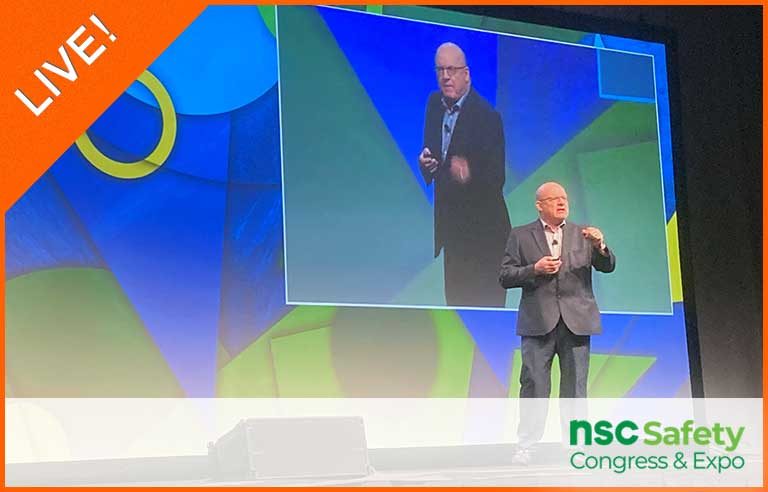 Orlando, FL — Every crisis, including the COVID-19 pandemic, creates opportunities for innovation and change, often in an accelerated fashion. Safety professionals, however, must maintain the “human touch” in an ever-advancing world.

Those were two of Corrie Pitzer’s key messages to attendees of the 2021 NSC Safety Congress & Expo. Pitzer delivered the event’s Occupational Keynote on Oct. 12 at the Orange County Convention Center.

As an example of innovation and change in the face of a crisis, the CEO of global consulting firm Safemap International pointed to World War II. This period paved the way for nuclear power and the development of penicillin and vaccines. According to a 2006 article written by Dartmouth University professor Kendall Hoyt and published in the Journal of Public Health Policy, wartime programs played a role in developing or significantly improving vaccines for 10 of the 28 preventable diseases identified in the 20th century.

Likewise, the current public health crisis has led to the rapid development and creation of vaccines. In addition, employers have made innovations in training, information sharing and other areas during the pandemic, even as their people have remained physically distanced.

A way to navigate those changes, he told attendees, is “choosing opportunity” over doom or overriding fear. “Choosing opportunity is to embrace in our world these technologies to our benefit and to the benefit of the organization,” Pitzer said.

Such technologies and innovations include immersive learning, virtual interaction, gamification, microlearning and metrics. However, some future technologies, such as fully automated vehicles, may eliminate some of the human element. For example, Pitzer gave a no-win scenario that involved three choices for the system of an automated car. Two of the choices would result in the occupant’s death while the third would lead to the child in the street being struck.

As people, we likely would choose to save the child over ourselves. An automated car, making the choice for us, would probably choose to save its occupants instead of the child.

Without the human touch or connectivity, Pitzer said, the future could include the collapse of values or an implosion of organizational culture.

“Past COVID, if we ever lose this human touch, we will lose our profession,” Pitzer said.

OIG to OSHA: Plan for better collaboration with other agencies during health and safety crises