We use cookies to provide you with a better experience. By continuing to browse the site you are agreeing to our use of cookies in accordance with our Privacy Policy.
Home » NYC construction incidents down for third straight year: report
NSC Construction and Utilities Division news Contractors State programs Construction Construction 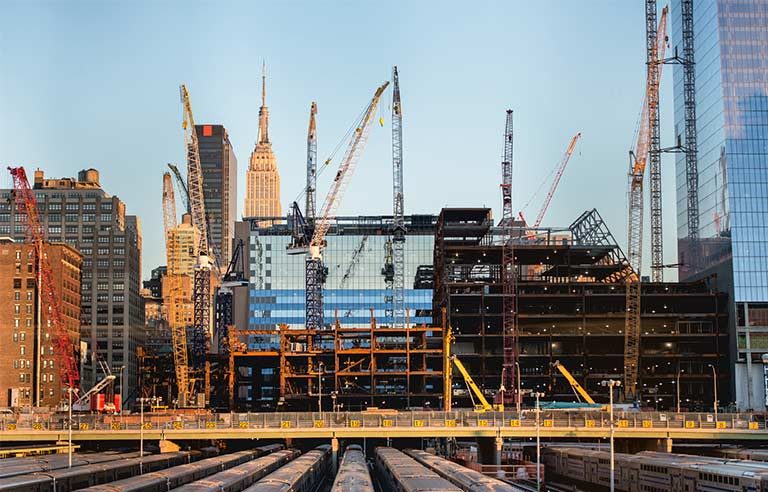 New York — Building construction-related incidents in New York City dropped 10.6% in 2021, and combined worker injuries and deaths edged up less than 1% even as the number of construction permits issued increased nearly 14%, reports the city’s Department of Buildings.

DOB’s second annual Construction Safety Report shows that 712 building construction-related incidents occurred last year across the city’s five boroughs, resulting in 505 injuries and nine worker deaths. The incident total marks the third straight annual decrease and is more than 40% lower than the 2018 total of 1,193. Meanwhile, the injury and death totals are down 33% and 31%, respectively, from their 2018 totals.

DOB said the addition of nearly 150 staff members (including safety inspectors), combined with a three-month Zero Tolerance safety campaign that launched June 1, played a key role in identifying unsafe working conditions at building construction worksites. After the campaign began, the city averaged 37.3 injuries a month – a 16.4% drop from 44.6 a month over the first five months of the year.

DOB made several changes last year in an effort to enhance safety on jobsites, including:

The report noted that although the number of incidents decreased, worker injuries that occurred were more likely to require medical attention.

“Construction remains a bedrock industry in our growing city, and we owe it to our fellow New Yorkers to continue to push for safer worksites for the benefit of all New Yorkers,” acting DOB commissioner Constadino “Gus” Sirakis said in a press release. “Data analysis like this is a critical part of our strategy to help our industry partners properly safeguard their worksites.”