We use cookies to provide you with a better experience. By continuing to browse the site you are agreeing to our use of cookies in accordance with our Privacy Policy.
Home » CSB video calls for OSHA action on reactive chemicals
Federal agencies Manufacturing Chemical
VIDEO MESSAGE 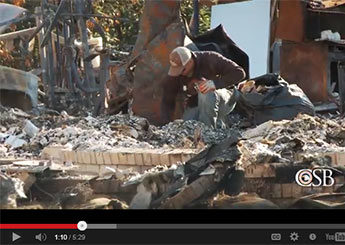 The video features Moure-Eraso's testimony during a June 27 Senate hearing on an April ammonium nitrate explosion that killed at least 15 workers at a facility in West, TX. It also highlights other recent incidents triggered by reactive chemicals.

Moure-Eraso said OSHA and the Environmental Protection Agency need to expand their process safety rules to include reactive chemicals. His message comes less than a month after CSB designated OSHA’s response to the board’s recommendations on chemical safety as “unacceptable” and President Barack Obama issued an executive order requiring the federal government to improve chemical safety and security.

CSB has been pushing OSHA and EPA to act on this issue since 2002, when the board issued a report identifying "significant gaps” in the agencies’ regulatory coverage of reactive chemicals.

“The fertilizer industry tells us that U.S. sites commonly store ammonium nitrate in wooden buildings and bins – even near homes, schools or other vulnerable facilities,” Moure-Eraso says in the video. “The CSB believes it’s past time for OSHA and EPA to regulate reactive hazards – including ammonium nitrate – under their process safety rules.”

‘It’s time to focus’: WHO calls for action on worker mental health