We use cookies to provide you with a better experience. By continuing to browse the site you are agreeing to our use of cookies in accordance with our Privacy Policy.
Home » Handwashing can lead to dermatitis in health care workers: study
Research/studies Worker health and wellness

Handwashing can lead to dermatitis in health care workers: study 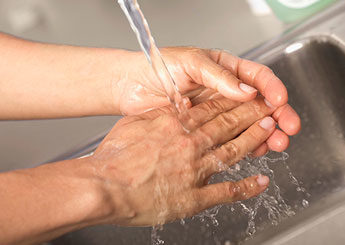 Researchers examined reports of work-related skin problems that dermatologists voluntarily submitted to a university national database from 1996 to 2012. They found that dermatitis incidence among health care workers increased 4.5 times, as handwashing has been emphasized to prevent dangerous infections such as methicillin-resistant Staphylococcus aureus, commonly known as MRSA.

One-quarter of the 7,138 cases of irritant contact dermatitis occurred among health care workers, who were 4.5 times more likely to suffer the condition in 2012 than in 1996. For other workers, their cases either decreased or remained the same.

Irritant contact dermatitis is a non-allergic inflammatory reaction caused by a substance damaging the skin’s outer layer, according to the Mayo Clinic.

The study was published in the British Journal of Dermatology.