We use cookies to provide you with a better experience. By continuing to browse the site you are agreeing to our use of cookies in accordance with our Privacy Policy.
Home » MSHA: Miner deaths increase in 2014
Federal agencies Mining, oil and gas 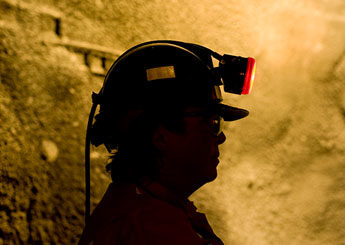 Arlington, VA – Despite an improved overall injury rate in the mining industry, the number of worker deaths increased in 2014, particularly at metal and non-metal mines, according to preliminary data released by the Mine Safety and Health Administration.

Mining deaths totaled 44, an increase of two from 2013, MSHA stated in its April 14 report. At metal and non-metal mines and facilities, 28 deaths occurred – six more than in 2013.

A record-low 16 deaths occurred at coal mines, four fewer than the previous year. Mine contractor deaths increased to 11 from four in 2013.

Among recent efforts to improve mine safety, MSHA has conducted inspections focusing on “troubled mines,” revamped Pattern of Violations enforcement for “chronic violators” and unveiled new web tools to help step up compliance.

MSHA is expected to release final data for 2014 in July.