We use cookies to provide you with a better experience. By continuing to browse the site you are agreeing to our use of cookies in accordance with our Privacy Policy.
Home » Lawmakers: Ban children from tobacco work
Immigrants Agriculture, forestry and fishing 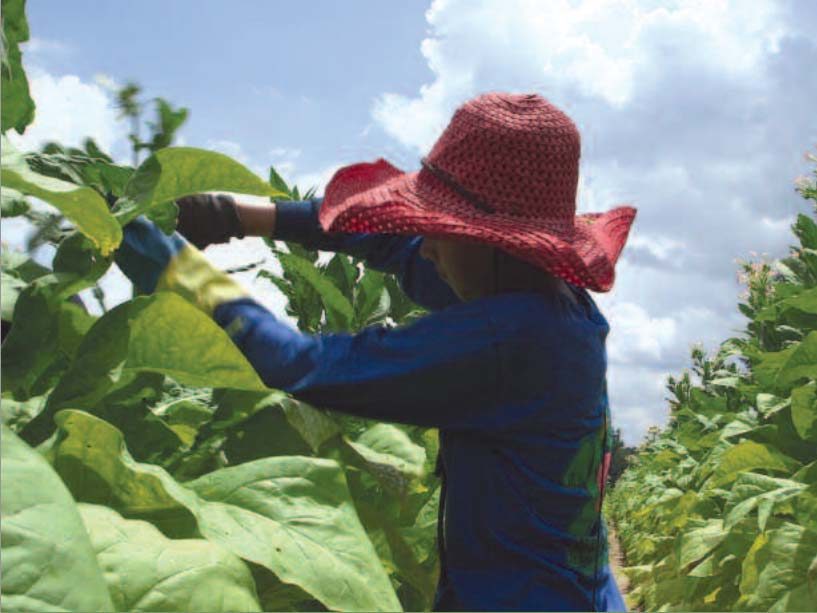 Washington – Lawmakers in both chambers of Congress are proposing legislation that would prohibit children younger than 18 from working directly with tobacco plants or dried tobacco leaves.

The Children Don’t Belong on Tobacco Farms Act (S. 974 and H.R. 1848) was introduced April 16 by Sen. Dick Durbin (D-IL) and Rep. David Cicilline (D-RI). It would amend the Fair Labor Standards Act to bolster protections for tobacco workers, some of whom are pre-teens.

A 2014 report from New York-based Human Rights Watch detailed many of the health hazards that young tobacco workers encounter. Children described side effects including vomiting, nausea, headaches and dizziness, all of which are symptoms that can indicate nicotine poisoning.

Less than three months after HRW issued its report, a delegation that included Rep. Marcy Kaptur (D-OH) and two members of the British Parliament toured tobacco fields and labor camps in North Carolina. The delegation heard stories of injuries and harassment from workers, many of whom are undocumented and easily exploited.

“Voluntary industry standards do not go far enough – there is a clear need for legal prohibitions that will protect children from the dangers of tobacco and nicotine,” Cicilline said in a press release.