We use cookies to provide you with a better experience. By continuing to browse the site you are agreeing to our use of cookies in accordance with our Privacy Policy.
Home » Rule would ease exemption requirements for CMV drivers with controlled diabetes
Federal agencies Legislation Bus/limo/taxi Trucking 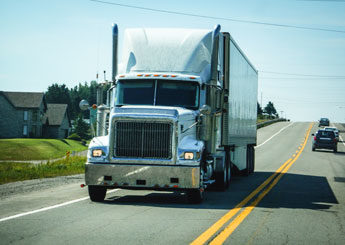 Washington – A new proposed rule aims to reduce some of the red tape for commercial motor vehicle drivers who have controlled diabetes.

The Federal Motor Carrier Safety Administration issued a notice of proposed rulemaking that would eliminate the requirement for drivers with stable, insulin-treated diabetes mellitus to obtain exemptions in order to work. Instead, FMCSA would allow such individuals to drive CMVs as long as the workers were cleared annually by a medical examiner listed in the National Registry of Certified Medical Examiners.

In the proposed rule, the agency claims that the risk posed by drivers with controlled diabetes is “very low in general.” Annual medical appointments would allow doctors to monitor any progressive conditions that were linked with diabetes, as well as promote awareness about hypoglycemia’s effect on safe driving, FMCSA states.

“FMCSA evidence reports, [American Diabetes Association] studies, and [Medical Review Board] conclusions and recommendations indicate that drivers with ITDM are as safe as other drivers when their condition is well-controlled,” FMCSA stated in the executive summary. “The evaluation by the [treating clinician] would ensure that the driver is complying with an appropriate standard of care for individuals with ITDM.”

The proposed rule was published in the May 4 Federal Register. Comments are due July 6.