We use cookies to provide you with a better experience. By continuing to browse the site you are agreeing to our use of cookies in accordance with our Privacy Policy.
Home » Newly licensed nurses at greater risk of injury: study
Research/studies Health care/social assistance 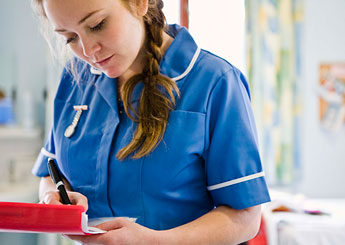 New York – Newly licensed nurses are more likely than more experienced nurses to suffer sprains, strains and needlesticks, according to a study from New York University.

“Even after controlling for other factors, we found that working overtime hours was associated with needlesticks and working night shifts was associated with sprain or strain injuries,” lead researcher Amy Witkoski Stimpfel said in a press release. “This suggests that more research is needed in this area to identify interventions that could reduce injury rates.”

The study was published online June 29 in the International Journal of Nursing Studies.