We use cookies to provide you with a better experience. By continuing to browse the site you are agreeing to our use of cookies in accordance with our Privacy Policy.
Home » Withdrawn from OMB review: OSHA’s rule on slips, trips and falls
Federal agencies Slips, trips and falls Injury prevention 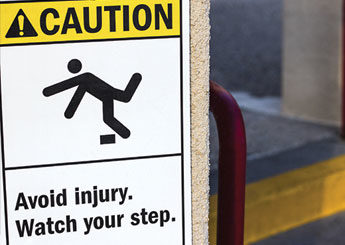 Washington – OSHA has withdrawn from review its final rule addressing slip, trip and fall hazards – potentially creating further delay in the rule’s promulgation after more than two decades in development.

The Walking Working Surfaces and Personal Fall Protection Systems rule was pulled from Office of Management and Budget review on Dec. 21. Originally submitted to OMB on July 2, the rule would update current OSHA requirements by reflecting new technologies and procedures that protect workers from slips, trips and falls.

When contacted regarding why the rule was withdrawn, an OSHA spokesperson noted that withdrawals happen “from time to time,” but rules can be resubmitted and published. “We are committed to finalizing this rule during this term,” the spokesperson said in an email to Safety+Health.

OSHA first published a notice of proposed rulemaking and hosted a hearing on that proposal in 1990. Development of the rule then stalled until the record was reopened in 2003, followed by a second NPRM in 2010. A final rule was tentatively slated for publication in April, according to the most recent regulatory agenda.

UPDATE: The story was updated to include OSHA’s response.