We use cookies to provide you with a better experience. By continuing to browse the site you are agreeing to our use of cookies in accordance with our Privacy Policy.
Home » CDC: 1 in 3 adults get inadequate sleep
Worker Health and Wellness

CDC: 1 in 3 adults get inadequate sleep 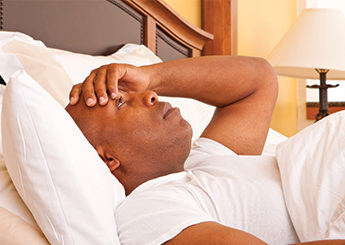 Atlanta – If you think you’re not getting enough sleep, you’re not alone.

More than one-third of American adults aren’t getting a healthy amount of sleep, according to a study from the Centers for Disease Control and Prevention.

Researchers examined data of nearly 445,000 adults from every state and the District of Columbia from the 2014 Behavioral Risk Factor Surveillance System. For the study, a healthy amount of sleep was considered seven hours or more.

Adults 18 to 60 years old should sleep a minimum of seven hours per night, according to the American Academy of Sleep Medicine and the Sleep Research Society. Sleeping less than seven hours has been connected to a greater risk of developing chronic conditions such as obesity, diabetes and heart disease.

“As a nation we are not getting enough sleep,” Dr. Wayne Giles, director of CDC’s Division of Population Health, said in a press release. “Lifestyle changes such as going to bed at the same time each night; rising at the same time each morning; and turning off or removing televisions, computers, [and] mobile devices from the bedroom, can help people get the healthy sleep they need.”

The study was published in the Feb. 19 issue of CDC’s Morbidity and Mortality Weekly Report.