We use cookies to provide you with a better experience. By continuing to browse the site you are agreeing to our use of cookies in accordance with our Privacy Policy.
Home » New workers, higher risk
Research/studies Statistics Injury prevention Bureau of Labor Statistics 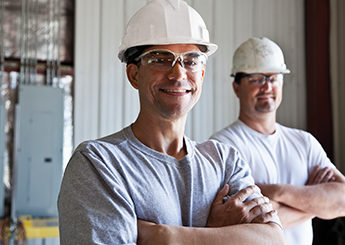 You have to meet your co-workers, learn the ins and outs of the company, and begin performing your duties.

Meanwhile, you have to stay safe. This can be a challenge for new workers: Employees in their first month on the job have more than 3 times the risk for a lost-time injury than workers who have been at their job for more than a year, according to research from the Toronto-based Institute for Work & Health.

Possible reasons for this? Peter Smith, IWH scientist, points out that new workers may be performing unfamiliar tasks – some of them hazardous. In addition, the workers may be unsure about their safety rights and responsibilities, and might feel uncomfortable speaking up about a hazard.

“We can only speculate on the ‘why,’” said Curtis Breslin, another IWH scientist who has collaborated with Smith on research about new worker safety. “One thing studies have shown is that there’s a lack of familiarity. That’s a common theme that could be contributing to new workers’ increased risk. The other possibility is that new workers might be encountering more hazards. Or their risk perception – they don’t have the knowledge and awareness, so they’re underestimating the risks. It could be issues with training, maybe they’re not being trained [or receiving] on-the-job, hard-knocks-type training that happens in the first or second month.”

IWH research has found that few new workers receive safety training – 1 out of 5 among a sample of Canadian workers, according to a 2007 study.

“The fact almost 80 percent of workers who were in their first year of employment could not remember receiving any workplace safety or orientation training is worrying for a few reasons,” Smith said. “This likely results in these workers being without important knowledge that could prevent them, or one of their co-workers, [from] getting injured.”

However, according to IWH, as novice workers gain job experience, their risk declines.

Looking at the numbers

In 2013, nearly one-third of the nonfatal occupational injuries or illnesses that involved time away from work were suffered by workers with less than one year of service, according to data from the Bureau of Labor Statistics. Nearly one-quarter of these cases resulted in 31 or more days away from work, said Ken Kolosh, statistics manager at the National Safety Council.

Certain subgroups of new workers are at heightened injury risk. In the agriculture, forestry and fishing industry, 45.4 percent of the injuries and illnesses in 2013 occurred among workers with less than one year of experience. In the construction and extraction industry, it was 34.9 percent.

“That makes sense because a lot of those industries are cyclical; they’re seasonally employed,” Kolosh said. “Almost by definition, many of those workers are always going to be new employees. The construction industry has a lot of seasonal employment. It has a lot of contractor-type workers, so a larger proportion of that population by definition is going to have less than three months of service.”

“Every day, you have to be aware of what’s going on. You have to have good communication,” said Scott Schneider, director of occupational safety and health at the Washington-based Laborers’ Health and Safety Fund of North America. “It’s less an issue on unionized sites, where people have a substantial amount of safety training in apprenticeship programs. They also, as apprentices, get mentored along the way. It’s still an issue in the sense you’re going to a different jobsite, and you may not be familiar with that jobsite.”

IWH research published in 2012 concluded that risk was higher among new workers who were older, men and workers in the “goods sector,” including construction and manufacturing. This may be because these jobs have more physical demands, and older workers might be more physically susceptible to injury, Breslin said.

Read the Institute for Work & Health’s research
about new workers and injury risk.

Additionally, IWH researchers determined that newness is a more significant risk factor than youth. A 2006 study concluded that workers’ compensation claim rates decrease as tenure increases, regardless of age.

“We found that a new worker at any age is at risk,” Breslin said. “What I usually tell people is that experience is more important than age. I’d rather be a 16-year-old who’s been on the job for a year than a 40-year-old on the job for the first month.

“The other reason why this is important, especially now, is there’s more part-time work – more temporary, precarious employment. That means people are moving from job to job. They’re going through this new worker, high-risk window more and more.”

The Canadian Center for Occupational Health and Safety offers tips for new workers to help them stay safe:

OSHA has focused initiatives on protecting young workers and temp workers – both of whom often fall into the category of new workers. In a 2013 webinar presented by the agency and the American Staffing Association, OSHA administrator David Michaels noted that “we have known for decades that new workers, when they first start at a new job, are at greatly increased risk of injury – and we know why: New workers are often not adequately trained in the potential hazards at the new jobsite and the measures they can take to protect themselves.”

Training – especially orientation and reinforcement – is paramount to protecting new workers, experts say. Learn what workers have been trained for, assign appropriate tasks, and don’t assume they know all of their safety rights.

“Awareness is absolutely essential,” said Jan Chappel, senior technical specialist at the Canadian Center for Occupational Health and Safety. “You can take [training] to extra levels, using a mentoring program or a buddy system. Administratively, don’t let them do certain tasks until you know they’ve accomplished the training.

“People learn differently. Some need more hands-on, some more auditory. [It’s] adapting your styles and making sure everyone really understands, getting them real-life practice, even if it’s simulated. The more real, the more in-context it is, it’s always better.”

New workers should receive safety orientation specific to the workplace, Schneider added. Trained instructors should conduct the orientation, and having experienced workers participate and share personal stories is valuable. The orientation should include hands-on training. “The main thing is, in orientation, for the employer to give a very strong, clear message about safety, the importance of safety and how safety is going to be implemented on the site,” Schneider said.

Reinforcement is crucial. Revisit new workers after a month to track their progress, Chappel suggested. Continue with weekly toolbox talks to reiterate information, Schneider added. Supervise workers to ensure they are identifying and fixing hazards and reporting issues. Surveys can gather their thoughts about the safety climate, he said.

New workers should start in low-risk situations and advance to higher-risk work as they gain knowledge and skills, similar to new drivers learning through Graduated Driver Licensing, Breslin said.

Chappel echoed that theory. “People learn by doing,” she said. “The more you can do it ... the better you get at it. It’s like learning how to drive a car. It’s really scary the first couple times. The more you do it, the more you’re familiar with it.”

Drone use in construction can distract workers and increase risk of falls: CPWR