We use cookies to provide you with a better experience. By continuing to browse the site you are agreeing to our use of cookies in accordance with our Privacy Policy.
Home » Corrie Pitzer: Workplace safety may be too safe
Show Daily

Corrie Pitzer: Workplace safety may be too safe 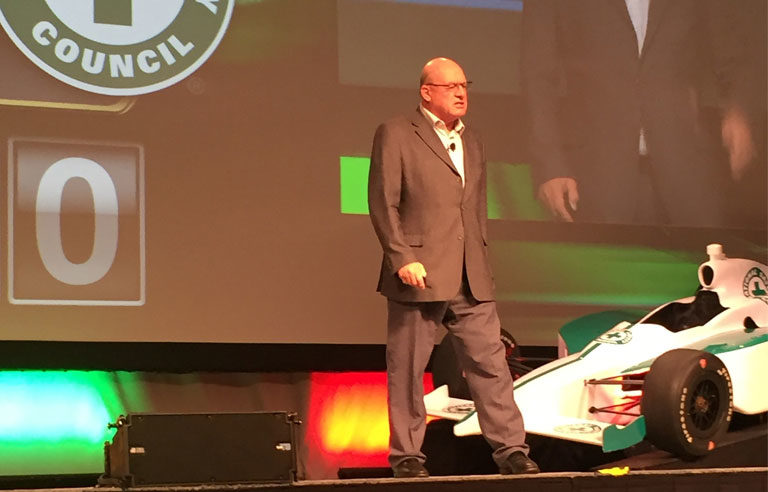 Indianapolis – Corrie Pitzer describes himself as a risk expert, not a safety expert. “We have made ourselves too safe for our own good,” Pitzer, CEO of Vancouver, British Columbia-based SAFEmap International, said Wednesday during the Leadership Keynote at the 2017 National Safety Council Congress & Expo.

Because of incident-prevention engineering and a hyperfocus on safety that chases “zero” incidents and awards, Pitzer said, safety professionals have a more difficult job today than ever before. Workers, and people in general, feel too safe because of all the safeguards.

Pitzer relayed the familiar stories of the “unsinkable” Titanic, delayed for launch by a crucial two hours, as well as the high-profile and deadly incidents that afflicted some of the world’s largest organizations: BP, NASA, DuPont and Union Carbide. He identified 25 companies that experienced a total of more than 6,000 fatalities.

“Managers were highly committed and deeply cared about the well-being of their workers,” Pitzer said. “They targeted and achieved safe accident reports, and they got nearer and nearer to zero. They shared safety accolades. Something is wrong.”

Using phrases such as “redundancy-induced overconfidence,” “illusion of risk control,” “the cult of compliance” and “the paralysis of protection,” Pitzer said the future of workplace safety must include new thinking and approaches. He redefined safety as “the readiness to respond to risks.”

“The next revolution in safety will come from people’s minds,” he said.

Old ways should be re-examined, Pitzer said. For instance, companies’ emphasis on earning safety awards or reaching for a certain goal of incident-free days are fostering a culture of silence from workers and their managers, who are fearful of reporting incidents. He cited examples of several major companies that he claims engage in “safety-washing” their statistics, stretching the truth or not reporting incidents to keep a clean slate.

“There is risk secrecy,” Pitzer said. “Safety has become a good-news story.”