We use cookies to provide you with a better experience. By continuing to browse the site you are agreeing to our use of cookies in accordance with our Privacy Policy.
Home » Silica lawsuit ‘close to a resolution,’ Acosta tells House committee
Federal agencies Silica 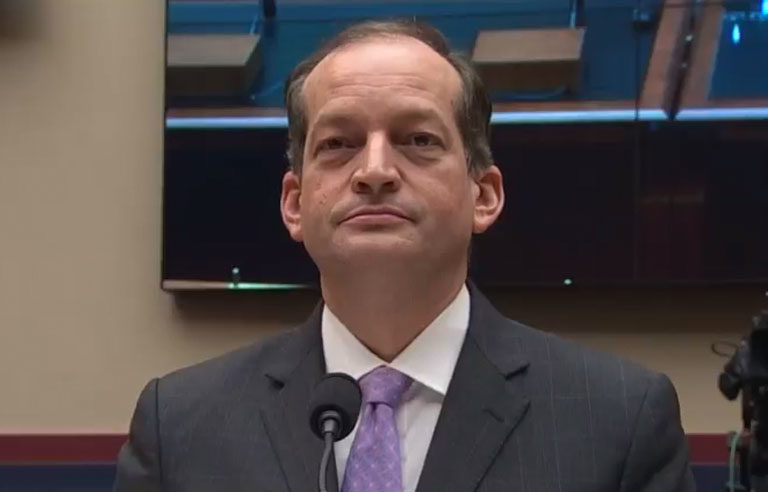 Washington – A consolidated lawsuit against OSHA’s respirable crystalline silica final rule is “close to a resolution,” Secretary of Labor R. Alexander Acosta said Nov. 15 during his first appearance before the House Education and the Workforce Committee.

The agency’s standard for the construction industry went in effect Sept. 23, with OSHA giving an extra 30 days to employers acting in “good faith.” Acosta indicated the additional time also was needed to help those involved in the lawsuit get closer to a resolution, but said “the parties were a little late at coming back to the table.”

Most provisions in OSHA’s standard for silica in maritime and general industry are not set to go in effect until June 23.

“It is my hope that the parties (in the lawsuit) can come together; that they can express their concerns and that we can find a sensible outcome to this rule,” Acosta said.

In response to a question from Rep. Mark DeSaulnier (D-CA), Acosta said OSHA is working to refine its Improve Tracking of Workplace Injuries and Illnesses final rule. The deadline to submit injury and illness data to the agency is Dec. 1.

“We are balancing the issues of privacy – because it was asking for some information that was very detailed and that identified individuals – with the needs (sic) to get information so that we can engage in appropriate and targeted enforcement,” Acosta said.

In regard to OSHA removing ancillary provisions for its beryllium rule, Rep. Bobby Scott (D-VA), the committee’s ranking member, said, “according to OSHA, 70 percent of the value of the rule was in the ancillary services and protections.”

Acosta responded, “I could not speak to the 70 percent figure. I have not seen that figure, and I believe there might be a disagreement as to whether the ancillary services contribute or do not contribute to the protections.”

Acosta also addressed how OSHA will balance compliance and enforcement after a question from Rep. Lloyd Smucker (R-PA). Acosta pointed to his request for additional funds for the Voluntary Protection Programs and said, if needed, he would refer to criminal prosecutors any cases of repeated/willful violations that result in death or serious harm.

“Where you have employers that are trying to do to right thing, you want to help them do the right thing,” Acosta said. “Let me say that has to be balanced with a vigorous enforcement program. And so where you have an employer that has engaged in repeated violations and willful violations, my view is you have to enforce, and enforce vigorously.”