We use cookies to provide you with a better experience. By continuing to browse the site you are agreeing to our use of cookies in accordance with our Privacy Policy.
Home » NTSB releases tip card on fatigued driving in commercial bus industry
Resources 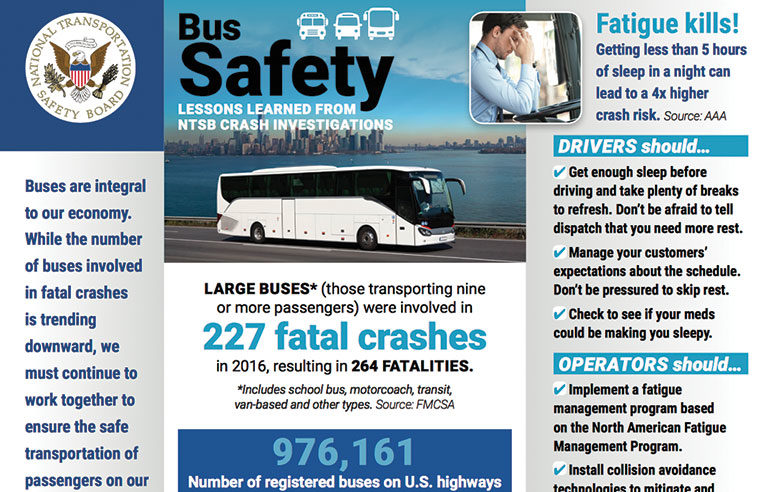 Washington — The National Transportation Safety Board has released a safety tip card aimed at reducing fatigue among commercial bus drivers.

The card – designed to be stored above a driver’s visor – highlights issues of fatigue in transportation and its effects, as well as lessons learned from crash investigations. It offers tips for both drivers and bus company operators.

“Reducing fatigue-related accidents” is on NTSB’s list of 10 “Most Wanted” safety improvements for 2017-2018.