We use cookies to provide you with a better experience. By continuing to browse the site you are agreeing to our use of cookies in accordance with our Privacy Policy.
Home » Protecting temp workers
Temporary workers Regina Allen Elsea was two weeks away from her wedding day on June 18, 2016. The 20-year-old was a temporary employee for an Alabama auto parts manufacturer, and on that day she and three other workers were trying to restart an assembly line.

The group was attempting to clear a sensor fault on a robotic station when the machine restarted without warning and crushed Elsea. She died a day later at the University of Alabama at Birmingham Hospital.

Of the 5,190 workplace fatalities in 2016, 856 – or 16.5 percent – involved “contracted” employees, according to the most recent data available from the Bureau of Labor Statistics.

BLS defines a contracted worker as “employed by one firm but working at the behest of another firm that exercises overall responsibility for the operations at the site.”

Since 2012, contract worker deaths have accounted for at least 15.4 percent of the nation’s annual occupational fatalities. A BLS spokesperson told Safety+Health that the agency does not keep injury statistics on this segment of the workforce.

The full picture on the number of temp workers in the United States is unclear, mainly because of the different ways of measuring work arrangements. In a May 2017 survey report, BLS states that 5.9 million people, or 3.8 percent of the workforce, had “contingent jobs” – ones that are temporary or “not expected to last.”

That same survey recorded 10.6 million independent contractors (6.9 percent of the workforce) engaged in an “alternative employment arrangement,” but states that some workers are “contingent” and are “working in an alternative arrangement” at the same time.

In a National Bureau of Economic Research study published in 2016, the percentage of workers engaged in alternative work arrangements – defined by NBER as temp help agency workers, on-call workers, contract workers, and independent contractors or freelancers – rose to 15.8 percent in late 2015 from 10.7 percent in February 2005.

A committee of the NIOSH Healthy Work Design and Well-Being Program is working on more precise classifications for different work arrangements.

Issues and barriers to safety

A number of issues and barriers can affect temp worker safety, beginning with unfamiliarity of a new workplace and its potential hazards.

According to NIOSH Social Scientist Lauren Menger-Ogle, some companies that contract temp workers – known as “host employers” – may view these workers or temp agency workers (those specifically hired by a staffing company to work for a host employer) as separate from their workforce instead of part of it.

Amy Harper, director of workplace strategy and consulting operations at the National Safety Council, said some employers may assign temp workers more dangerous or highly repetitive tasks to shift their workers’ compensation risk away from their permanent employees. In addition, temp workers might not receive the proper training, orientation or personal protective equipment.

Host employers sometimes will change a temp worker’s assignment without giving notice to the staffing firm, even when an agreement with the staffing company limits the worker to certain tasks. A reassignment may occur because a worker may be doing a great job, said Stephen Dwyer, general counsel for the American Staffing Association in Alexandria, VA. Other times, it simply can be an oversight by the host employer.

“A lot of times, clients forget that they need to always get approval prior to any changes of placement,” said Sharon Davis, chair of ASA’s workplace safety committee and occupational safety manager at Columbus, IN-based Elwood Staffing. “Sometimes they will start moving them to areas where the [temp worker] might not be experienced or might not be comfortable.”

For example, such changes can happen after a company’s human resources department agrees with a staffing firm on a temp worker’s job parameters but then fails to communicate that agreement to another party, such as a front-line supervisor, Menger-Ogle said. A temp employee might be fearful or reluctant to speak up in those situations and others for a variety of reasons.

“If I’m the one to speak up, maybe I’m the one that is sent home and they find someone else who doesn’t speak up,” said Janet Van Liere, member services coordinator for the Alternative Staffing Alliance in Boston.

Workers also may view a temp assignment as a pathway toward a permanent job and might have a desire not to “mess up” that opportunity – or potentially lose a paycheck in the meantime – by speaking up about safety issues or concerns.

“They really have a lot of motivation to make a good impression and just go above and beyond and do whatever they’re asked to do regardless if that’s putting them in a more risky situation,” Menger-Ogle said.

Another potential reason for that reticence, Menger-Ogle said, is the brief duration of certain assignments. “Because their jobs often have such a short tenure, they also don’t really see it as that relevant or important,” she said. “‘I’m only going to be here for X amount of days or weeks, so I don’t need to worry about all this safety stuff.’”

She added that some temp workers may have a different cultural outlook on safety or might hesitate to speak up to people in authority.

In October 2016, the National Safety Council and the American Staffing Association partnered to create the Safety Standard of Excellence program, an initiative designed to advance temporary worker safety and promote the adoption of safety best practices at staffing firms.

To be eligible for the program, staffing companies must show a commitment to both objectives and a desire for continuous improvement. NSC consultants assess and rate staffing firms on more than 40 best practices. Those that reach a certain score are awarded the SSE mark. (A searchable list of those companies is available at americanstaffing.net/sse-companies.)

“These companies operate at the highest degrees of best practices when it comes to safety,” said Sharon Davis, chair of ASA’s workplace safety committee and occupational safety manager at Columbus, IN-based Elwood Staffing.

Companies seeking to maintain their SSE marks are reassessed every two years. The first reassessments began in December, said Amy Harper, director of workplace strategy and consulting operations at NSC.

“After two years, we expect to see continuous improvement,” Harper said. “[Staffing firms] can’t just score high enough, pat themselves on the back and do nothing for two years. They actually have to score higher in the reassessment. We have to see improvement on the items that they might have been marked lower on.” 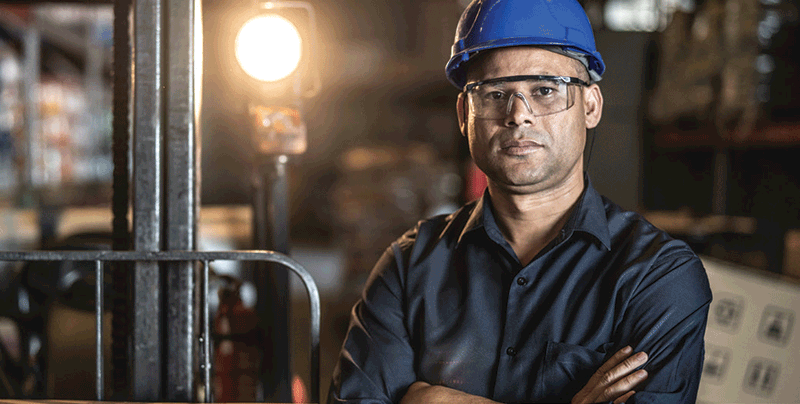 OSHA has placed an emphasis on protecting these often-vulnerable employees since April 2013, when it launched its Temporary Worker Initiative.

“Workers must be safe, whether they’ve been on the job for one day or for 25 years,” then-Assistant Secretary of Labor David Michaels said in an April 2013 press release.

The agency has since issued 10 TWI bulletins on various subjects. In its first bulletin, published in March 2014, OSHA clarified that host employers are responsible for recording any temp worker injury or illness “if they supervise such workers on a day-to-day basis.” OSHA’s latest TWI bulletin, released in November, addresses lockout/tagout.

The consensus among experts is the bulletins have provided much-needed guidance, especially in regard to the joint responsibility between host employers and staffing firms. They can be a tool for firms to help raise awareness among host employers about their responsibilities regarding worker safety and health, and have “served to unblur the lines a bit,” Harper said.

Awareness remains an issue, however, after nearly six years of the initiative. “We still find that we’re having to educate our clients (about the TWI),” Davis said. “We see it as an opportunity to help educate and bring awareness.”

The bulletins are simply guidance, Menger-Ogle pointed out. “It’s not a law,” she said. “It’s not a standard. So it’s only going to be followed to the extent that people decide to follow it.”

NIOSH reinvigorated its efforts to develop improved safety and health training for temp workers about two years ago as part of its Safe-Skilled-Ready Workforce Program.

That work is in the formative stage, said Menger-Ogle, who recently concluded her first year of a four-year project that will attempt to educate temp employees through workforce development organizations.

Those organizations, including the Alternative Staffing Alliance, focus on job-seekers who have barriers to employment such as a criminal conviction, disability or homelessness.

What temp workers can do

To protect themselves, Harper said temp workers should always ask the question, “What do you do for my safety?”

She added, “[Staffing firms] should be able to articulate that. If they can’t, then that’s a red flag.”

OSHA addressed PPE in its second TWI bulletin, and states that neither joint employer can require workers to provide or pay for their own PPE.

Experts also advise workers to have someone to contact at both the staffing company and host employer in the event issues arise.

“Just because they’re a temporary worker doesn’t mean that there’s any difference in their rights to safety and health,” Menger-Ogle said.