We use cookies to provide you with a better experience. By continuing to browse the site you are agreeing to our use of cookies in accordance with our Privacy Policy.
Home » Clearing the air on marijuana
Drugs Twenty-five years ago, marijuana was illegal throughout the United States. Today, the drug – made from dried leaves and flowers of the cannabis plant – is legal for medicinal use in 33 states and for recreational use in 10 states, plus the District of Columbia, Guam and Puerto Rico. This trend toward legalization shows no sign of stopping. 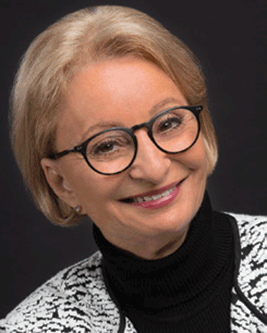 “The process started slowly, with California as the first state to legalize in 1996,” said Christine Clearwater, president of the consulting firm Drug-Free Solutions Group LLC. “Right now, it’s like a tsunami nationwide.”

Public attitudes toward marijuana are changing, too. A Pew Research Center survey published in October shows that 62 percent of Americans are in favor of marijuana legalization, double the percentage in 2000 (31 percent). Unsurprisingly, marijuana use is on the rise nationwide: A 2016 Gallup poll found that 13 percent of U.S. adults said they use marijuana – up from 7 percent in 2013.

Meanwhile, marijuana (cannabis) still is illegal under federal law, listed as a Schedule I substance under the Controlled Substances Act.

Rapid legalization, increasing use and conflicting laws are a confusing blend for employers and safety professionals attempting to set workplace drug policies and protect workers. It also doesn’t help that marijuana itself presents some unusual complexities.

The problem of impairment

Data on the dangers of marijuana impairment is inconclusive. For example, “The Health Effects of Cannabis and Cannabinoids,” a comprehensive review of current research published in 2017 by the National Academies of Sciences, Engineering, and Medicine, found “substantial evidence of a statistical association between cannabis use and increased risk of motor vehicle crashes,” citing one meta-analysis that linked driving under the influence to a 20 percent to 30 percent higher risk of being involved in a crash. However, the same review found “insufficient evidence to support or refute” a connection between marijuana use and occupational incidents or injuries.

Still, experts say the cognitive and physical effects of marijuana present safety hazards both on and off the job. 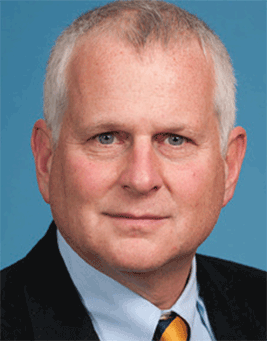 “Acute marijuana impairment affects short-term memory as well as the ability to process and analyze information, to concentrate, and to make reasoned decisions,” said Robert Goldsmith, an occupational health professional in the pharmaceutical industry and co-author of “Medical Marijuana in the Workplace,” a 2015 article published in the Journal of Occupational and Environmental Medicine. “It can also lead to physical impairment, including delayed reaction time and altered sensory perception.”

Unlike alcohol, which is water-soluble, the lipid-soluble psychoactive substances in marijuana can be stored in fatty tissue in the body and be released over an extended period of time. Impairment may last anywhere from hours to weeks, depending on a variety of factors (as well as which studies you read).

“Individuals who are mildly impaired may perceive that they are completely unimpaired or that they are capable to continue to work safely when they are not,” Goldsmith said. “You can’t assume that evening or off-shift use is not associated with residual impairment during the next shift.”

Add to this the fact that users often harbor dangerous beliefs about their ability to function under the influence. A November 2016 survey conducted by the Colorado Department of Transportation found that 55 percent of marijuana users said it was safe to drive while under the influence.

One challenge in rooting out marijuana impairment among workers is that most tests (urine, hair, saliva) are useful for establishing marijuana use – for purposes of pre-employment screening, for example – but not impairment. Blood testing correlates best with impairment; joint guidelines published by the American Association of Occupational Health Nurses and the American College of Occupational and Environmental Medicine in 2015 proposed a tetrahydrocannabinol (or THC, the primary psychoactive component of marijuana) level of 5 nanograms per milliliter, citing it as roughly equivalent to the 0.04 percent blood-alcohol cutoff used to establish impairment for workers in safety-sensitive positions under federal testing laws. However, even those groups caution that blood testing alone is not enough.

“Blood levels of THC do not predictably or consistently measure impairment,” Goldsmith said. “Neurocognitive or functional testing is necessary to be certain that an employee is not impaired and to determine their fitness for duty.”

The growing prevalence of marijuana legality and use means that even if employers and safety professionals are not confronting the issue now, chances are they will be soon. All of the complexity and confusion swirling around marijuana points to the need for employers to set (and consistently enforce) clear, detailed and well-thought-out policies.

Basic approaches employers can take include:

Following federal law. “Employers can say, ‘We follow in compliance with federal law and therefore we do not allow anyone to be in possession of, cultivate, distribute or be under the influence of marijuana,’” Clearwater said. “There’s a lot of case law supporting that approach.” 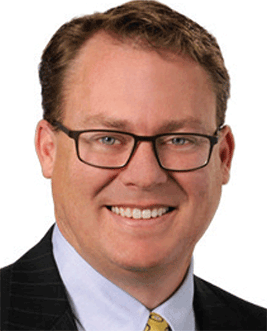 The risk here is that employers may be required to make accommodations for employees’ medical use. This would not happen at a federal level under the Americans with Disabilities Act for a simple reason. “The Controlled Substances Act is federal law,” said Chris Ottele, an employment law partner with Husch Blackwell, a law firm with offices in 18 U.S. cities. “And the notion that one federal law would permit employees to use a substance that is prohibited by another federal law is pretty much untenable.”

State laws are another matter, however. “States that were early adopters of medical marijuana, such as Washington and California, handed down a number of state Supreme Court decisions making clear that employers were not required to accommodate the use of even medical marijuana,” Ottele said.

That said, recent cases in Connecticut, Massachusetts and Rhode Island have upheld state medical marijuana laws prohibiting discrimination over federal laws prohibiting marijuana use. In response, the American Bar Association cautioned employers to account for this “emerging trend” as they consider their policies.

Even for federal contractors required to maintain drug-free workplaces under the Drug-Free Workplace Act, Ottele pointed out that some uncertainty exists as to whether these requirements cover off-duty use. In one recent case in Connecticut, the judge ruled against a federal contractor for discriminating against a prospective employee based on legal use of medical marijuana outside of work hours.

It should be noted that workers who fall under Department of Transportation guidelines are subject to strict federal drug testing requirements and therefore fall outside of these state concerns, Ottele said.

Singling out safety-sensitive positions. Depending on state laws, an employer might take the approach of prohibiting marijuana use for employees in positions designated as safety-sensitive. “Designation of an employee, either informally or formally, as safety-sensitive certainly would bolster an employer’s case,” Ottele said, “because there is a legitimate business reason for a zero-tolerance drug-use policy for any employee who is operating around heavy machinery and the like to ensure both the safety and accountability of all employees. Many employers are moving in that direction.”

Accommodating where necessary. In theory, employers with multistate operations might require multiple drug policies. Many avoid this by building flexibility into their policy.

NANA Management Services, based in Anchorage, AK, provides support services in nine other states. Its policy reflects a commitment to a drug-free workplace, which did not change when Alaska legalized recreational marijuana in 2014. 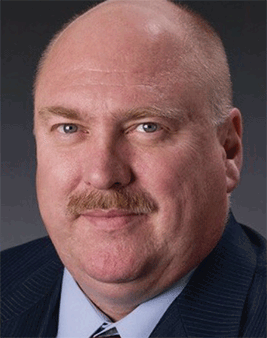 “Protocol remains clear and consistent across the entire company,” said Craig Clemens, vice president of health, safety, security and environment at NMS. “Our legal department sent a memo to all employees notifying them that our policy still prohibits the use of marijuana.”

However, Clemens also noted that the policy does make room for accommodation of medical marijuana if required by state or local law.

Taking refuge in ignorance. Clearwater acknowledged that some employers choose to simply ignore marijuana, but she doesn’t recommend that strategy.

“They can pretend it doesn’t exist and say, ‘I’m not going to test for it, and therefore I won’t know if a worker is under the influence, so I won’t discipline for it,’” she said. “It’s a high-risk position, but some companies are considering it because there’s such low unemployment right now that they’re having a challenging time finding people.”

Whichever way an employer chooses to handle the issue, Goldsmith argued that safety professionals should be involved on the front end of policy decisions. “They should have input into whether or not medical marijuana can be safely used in company operations,” he said, “instead of being told to ‘make it safe’ once the decision has been made.”