We use cookies to provide you with a better experience. By continuing to browse the site you are agreeing to our use of cookies in accordance with our Privacy Policy.
Home » Boom lift scenario now part of NIOSH simulation tool
Contractors Federal agencies Professional development Construction Construction 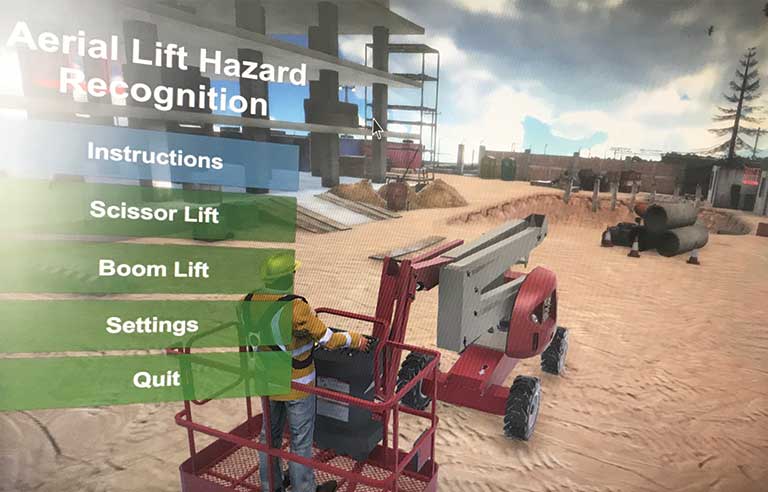 During the simulation, users encounter multiple hazards such as potholes and ramps. Other risks include tip-overs, crushing incidents and falls, which is the leading cause of fatal injuries among construction workers, according to the Center for Construction Research and Training – also known as CPWR.

Between 2011 and 2014, 1,380 workers were injured and 87 died while operating an aerial or scissor lift, NIOSH states, citing Bureau of Labor Statistics data. Among those fatally injured, 48 died as a result of slips, trips and falls to another level.

The free tool can be downloaded from NIOSH’s website. The agency emphasizes that using the simulator is not a replacement for required training to operate aerial lifts, and that OSHA and ANSI standards vary for different types of lifts.

Leadership support is a must for small businesses that make Total Worker Health part of their strategy: NIOSH