We use cookies to provide you with a better experience. By continuing to browse the site you are agreeing to our use of cookies in accordance with our Privacy Policy.
Home » Safety’s first step
Injury prevention Workplace exposures At first, Matt Pomerinke wasn’t keen on sharing his story with teens entering the workforce.

“I really didn’t want to keep reliving the worst day of my life,” said the former sawmill worker, who, at the age of 21, got his left arm caught in an unguarded machine. His arm had to be amputated just above the elbow.

His wife, Nagwa, had other ideas, however.

“She said, ‘Of course you’re going to do that,’” Pomerinke recalled. “You have two kids. If you talk to one kid [who] ends up training your kid ….”

Eight years after that conversation, and with two teens of his own, Pomerinke shares details about the 1999 incident as part of the Washington State Department of Labor & Industries’ Injured Younger Workers Speakers Program. Speaking roughly 150 times a year at high schools, community colleges, universities and jobsites, his audiences are predominantly teens.

The 41-year-old – who has worked the past 18 years as a papermaker at a paper mill in Longview, WA, where he is a member of the safety committee and coordinates new-hire orientation – has been speaking long enough that he occasionally crosses paths with adults who attended one of his presentations as students. For instance, two years ago at a safety conference, mill workers who had won an award approached him. They had attended one of his talks in high school and said his message still resonated with them.

“That was definitely one of the highlights,” Pomerinke said. “It reaffirmed that I’m making a difference.”

Danger in the workplace

Teen workers face plenty of dangers on the job. According to NIOSH, a teen is injured in the workplace every five minutes in the United States. Further, the rate of work-related injuries that require an emergency room visit is nearly 2.2 times greater for workers ages 15 to 19 than those who are 25 and older. 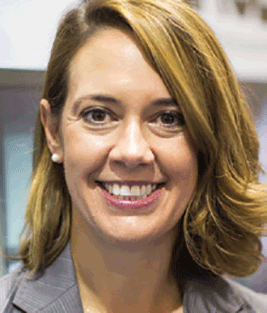 “That’s the statistic that really stays with me,” said Rebecca Guerin, a NIOSH research social scientist who studies young worker safety. “Those are the things that keep me up at night, not only as a researcher, but as a mother.”

A work injury can be life-altering, leading to a teen living with a disability the rest of his or her life and having to change life goals.

“Keeping kids safe at work not only protects them now, but that’s protective throughout their lifetime,” Guerin said.

For many teens, it may be the first time applying and being hired for a job. 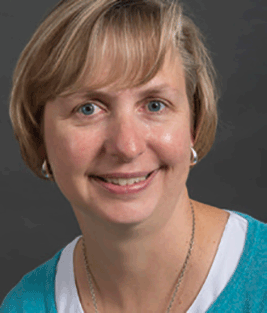 “Not having been in the workforce, they don’t recognize hazards,” said Diane Rohlman, assistant professor and director of the Healthier Workforce Center of the Midwest at the University of Iowa. “If somebody tells them to do something, they’re just going to do it. That’s the model they’ve been following.”

In a school environment, asking for permission and following clear directions and deadlines are commonplace. 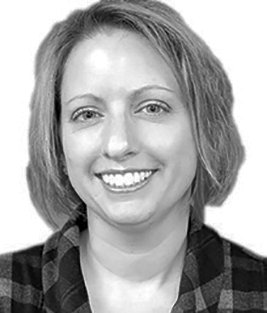 “Now, they are the patient advocate and they need to make decisions,” Henson said. “That’s a huge change in their role. Many are able to adapt quickly, but do they have the right tools in their toolkit to make the right decisions?

Although some teens may be able to handle a job physically, their bodies and minds still are growing.

“The brain keeps developing until age 25,” Rohlman said. “Your decision-making skills may not be there. You may engage in more risky behavior. Even though you may be physically tall, you’re still developing. You may also be a smaller person and not be able to use adult-sized equipment.”

Along with working, many teens have responsibilities at home, heavy class schedules and active social lives, and may be in involved in sports or activities at their school or church.

“Remember, these kids have a lot on their plate,” said Rohlman, who teaches numerous students with agricultural backgrounds. “Work is another thing that they’re trying to fit in, and their sleep patterns and eating habits are different.”

More than 1.5 million teens are in the U.S. workforce, according to NIOSH. When educators such as Diane Bush want to reach this group, they cast a wide net. 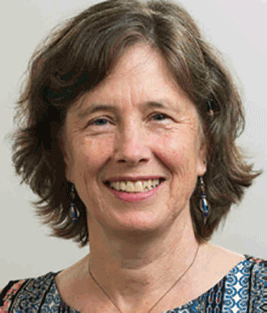 Bush is the coordinator of public programs for the Labor Occupational Health Program at the University of California, Berkeley. LOHP oversees a statewide partnership around worker safety via the YoungWorkers.org website.

In addition to training, the partnership provides tools and resources for anyone in a teen’s sphere of influence, including employers, parents and care providers. Also available is the program’s free “Are You a Working Teen?” mobile app.

Bush encourages employers to rely on hands-on training and continued reinforcement of safe habits. Some employers also have mentorship programs or buddy systems for teens.

“Everybody learns better by doing than by being told or looking at a picture of how to do something,” Bush said. “Show them. Have them show you. Ask them, ‘Do you have any questions or concerns?’ Or ask, ‘Can you show me how to do this?’”

In Henson’s nursing assistant courses, one popular class exercise is setting up a mock patient room with various hazards that students must identify. Such hazards may include a bed left in the raised position, an overflowing sharps container or water on the floor. In some exercises, Henson’s students create the hazards for other classmates to identify.

“It’s hands-on and it’s in a safe setting,” Henson said. “It’s going to help them remember when they go out into the workforce.”

To Guerin, safety at work should be held in the same regard as other lessons children are taught.

“They learn ‘Stop, drop and roll,’ … but how many kids are going to be in a fire?” she asked. “They’re all going to work at some point.”

How employers can help keep teens safe on the job

One of the biggest hurdles for teen workers is speaking up about potential hazards.

“They don’t understand that it’s better to ask questions,” Bush said. “That’s one of our main messages.”

Teens wanting to fit in and be seen as competent workers may avoid asking for directions and expressing concerns.

“They’re trying to put their best foot forward and appear as adult and knowledgeable as possible,” Bush said. “A young person might think, ‘They wouldn’t ask me to do this if it were dangerous. I’m going to try to do it. I don’t want to look stupid.’”

Employers can ensure open communication by making it part of the job description for teens.

“That’s how you’re going to get them to talk more,”  said Rohlman, who recently worked with teen lifeguard, food service and retail workers on how to have conversations at work. In a follow-up, about one-third of the teens said the communication exercises changed their work behavior.

“They gave examples like, ‘I spoke to my supervisor about chemicals that weren’t properly stored,’” Rohlman said. “Or, ‘I asked for help when I was moving tables.’”

Encouraging communication also comes through employer policies and having a safety program in place.

“It’s telling them, ‘It’s expected that you’re going to speak up, and we have a policy of reporting any hazards and address-ing them right away,’” Rohlman said. “Those will help get [teens] more confident.”

What can a safe, healthy first work experience mean for a teen entering the workforce?

“The value is astronomical,” Henson said of her certified nursing assistant students. “They need to be nurtured in order to grow. When they do have that environment, No. 1, we are going to have patient safety. We’re also going to have worker safety.”

Some of Henson’s students advance into allied health or nursing professionals, and some go on to pre-medicine programs. For others, they come back to the facility where they first started caring for patients.

“It creates a sense of community,” Henson said. “It’s a nurturing environment.”

“We’d like to see young people work in a safe environment and see what that’s like to find problems and have them addressed,” Bush said. “They can carry that experience with them.”

Added Rohlman, “Most of us have to work for much of our lifetime. Starting young, these safety habits can become part of your everyday life. That’s what we want.”