We use cookies to provide you with a better experience. By continuing to browse the site you are agreeing to our use of cookies in accordance with our Privacy Policy.
Home » Pregnant Workers Fairness Act: House subcommittee hosts hearing
Legislation Worker health and wellness 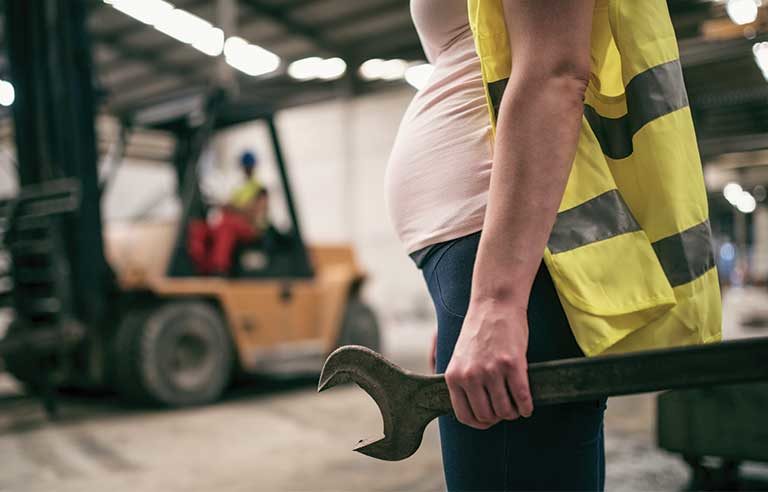 Washington — The Pregnant Workers Fairness Act would close loopholes to provide the reasonable accommodations needed by employees “whose ability to perform the functions of a job are limited by pregnancy, childbirth or a related medical condition,” supporters of the legislation contended during an Oct. 22 House hearing.

The bill (H.R. 2694) was introduced May 14 by Rep. Jerry Nadler (D-NY) and is co-sponsored by, at press time, 123 Democrats and three Republicans. Legislators in both chambers have introduced similar bills numerous times since 2012, but none has made it out of committee.

Nadler gave examples of reasonable accommodations, including an extra bathroom break, a stool, limiting contact with certain chemicals or a reduction in lifting requirements.

“These accommodations are short in duration and typically cost very little to provide. However, for millions of pregnant workers, they are critical,” Nadler said. “A simple accommodation can mean the difference between staying on the job or being forced out on leave, the difference between keeping their health insurance and paycheck or putting their pregnancy at risk.”

However, Rep. James Comer (R-KY), the ranking member of the House Education and Labor Committee’s Civil Rights and Human Services Subcommittee, warned against “overzealous government intervention” and said legislators should “review and evaluate the federal laws already on the books that provide protections for pregnant workers, as well as the specific provisions in H.R. 2694, before advancing legislation that could have unexpected consequences.” Ellen McLaughlin, partner at the law firm Seyfarth Shaw LLC, argued that together, the Pregnancy Discrimination Act of 1978, the Americans with Disabilities Act Amendments Act of 2008, and the Family and Medical Leave Act of 1993 provide overlapping protections. Comer also referenced the Supreme Court’s decision in Young v. United Parcel Service in 2015.

Nadler, however, countered that the Young decision places a high burden on discriminated pregnant workers, requiring them “to have detailed knowledge of the medical and employment history of every other employee. The Supreme Court stated in that decision that a pregnant worker would have to prove that a co-worker with a similar restriction was granted an accommodation that she was not given.

Subcommittee Chair Suzanne Bonamici (D-OR) in her opening statement noted that 27 states, the District of Columbia and four cities require employers with 16 or more employees to provide accommodations for pregnant workers. She added, however, that “without a federal benchmark, workers and employers are left with a patchwork of laws that provides strong protections for some and no protections for others. We need to make sure that all pregnant workers, regardless of where they live, can access the protections they need to stay in the workplace.”