We use cookies to provide you with a better experience. By continuing to browse the site you are agreeing to our use of cookies in accordance with our Privacy Policy.
Home » Feeling blue? Take a walk by the water, researchers say
Research/studies Worker health and wellness Worker Health and Wellness Office Safety Tips Wellness 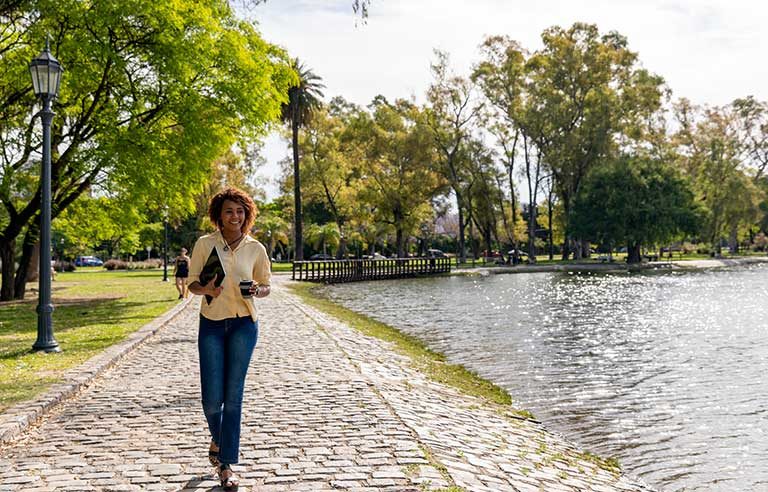 Barcelona, Spain — Walking along bodies of water might boost your overall health and mood, results of a recent study led by researchers from the Barcelona Institute for Global Health suggest.

Over a period of three weeks, the researchers studied 59 healthy adult office workers before, during and after each spent 20 minutes a day in different environments, measuring their blood pressure and heart rate while assessing their mood via a questionnaire. For one week, the participants walked along a beach in Barcelona. For another week, they walked in an urban environment. For the next, they spent 20 minutes at rest indoors.

The results show that walking along “blue spaces” – areas such as beaches, lakes, rivers and fountains – immediately triggered “significantly improved well-being and mood responses.” They found no cardiovascular benefit, but point out that they assessed only short-term effects.

“Our results show that the psychological benefits of physical activity vary according to the type of environment where it is carried out, and that blue spaces are better than urban spaces in this regard,” Cristina Vert, lead study author and a researcher at the institute, said in a July 6 press release.

The study was published online June 19 in the journal Environmental Research.