‘We don’t need a rescue plan for non-permit confined spaces.’

Much of OSHA’s regulation on confined space rescue focuses on spaces that require a permit – and for good reason: They typically contain more significant and potentially fatal hazards. However, non-permit required spaces obviously have their hazards as well, including slips and trips. Another concern: potential medical issues among individuals working in confined spaces. 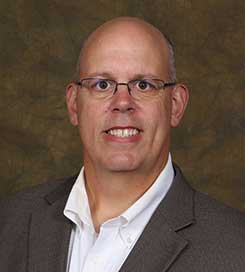 During a presentation at the National Safety Council 2019 Congress & Expo in San Diego, James Lange, department chair and safety instructor at Fox Valley Technical College in Appleton, WI, noted that an employee at one of his former workplaces had a heart attack while in a non-permit confined space.

“Even on the non-permit areas, where OSHA doesn’t tell us we have to do this, you still need a plan because things go wrong,” Lange said.

Consider said organizations should plan rescue procedures in advance and include the plan in a written confined space entry program. The plan should be specific for every type of confined space and take into account the size and configuration of the space, along with potential hazards. This could be a deadly mistake, experts warn, because the worker may not know what hazards are in a confined space, especially one that requires a permit. For example, colorless and odorless gases such as methane or carbon dioxide may be present.

‘I’m only going in there for a minute.’

Twenty of the 166 confined space fatalities recorded in 2017 resulted from “inhalation of (a) harmful substance,” and another eight were because of “exposure to oxygen deficiency.” These fatalities include a 34-year-old pipe layer who entered a manhole in Key Largo, FL, and a pair of his co-workers, ages 24 and 49, who attempted to rescue him.

According to OSHA, post-incident atmospheric testing in the manhole revealed lethal levels of hydrogen sulfide and carbon monoxide.

A noxious atmosphere is one of the many hazards rescuers might face if they don’t have a plan or proper training before attempting to save anyone in danger.

A NIOSH study published in 1986 found that more than 60% of confined space deaths involved “would-be rescuers,” a statistic that’s often cited today. In January 1994, NIOSH published another study that found that of the 70 confined space incidents the agency investigated, 25 had multiple fatalities that included rescuers. The Key Largo tragedy shows that this still remains an issue.

During his presentation, Lange asked how many times people have heard: “I’m a strong guy. I can go down there. I can hold my breath long enough to climb down that 10 feet of ladder, take two people up and climb 10 more feet. I can do that.”

Confined space rescue: Have a plan