We use cookies to provide you with a better experience. By continuing to browse the site you are agreeing to our use of cookies in accordance with our Privacy Policy.
Home » ‘Very clear ownership of EHS’: NSC presents annual award
Safety culture Leadership

The Mosaic Co. is the 2020 recipient of the Robert W. Campbell Award Nancy Case, vice president of environmental, health and safety at The Mosaic Company, views the organization’s recognition as the 2020 recipient of the Robert W. Campbell Award as “less of a finish line” and “more of a motivator.”

More than a decade ago, Mosaic – a potash and phosphate mining and manufacturing company headquartered in Tampa, FL – implemented a management system after its recordable injury frequency rate reached 1.9. By 2019, that figure had fallen to 0.3 – an 84% reduction over the previous decade. 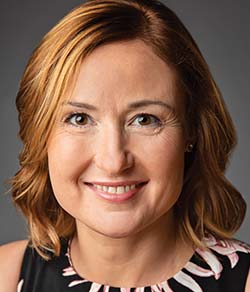 As a result, the Campbell Award – presented annually by the National Safety Council to an organization that successfully integrates EHS management with business operations – inspires Mosaic to keep cultivating its commitment to safety instead of resting on its laurels.

“We saw how far we’ve come in 10 years,” Case said, “and just think about where we could get to in the next 10 if we can continue to put focus on improvements.” Mosaic employs more than 12,000 workers in six countries across three continents. That’s a large base, but as Case describes, senior leadership aims to “cascade” EHS goals down to each business unit, site and employee to best achieve results.

Case says Mosaic’s EHS practices offer valuable takeaways for smaller organizations with fewer resources. Employers of all sizes should know their scope, resources and audience before developing any type of project. 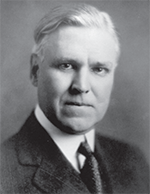 “Don’t try to implement something that becomes too complicated and too bureaucratic,” Case said. “Take a step back and instead say, ‘What are we trying to accomplish by this?’ and look at making it fit the size that they are.”

Reflecting on the early stages of the management system, Case, who has worked at Mosaic since 1999, recalled some initial snags the organization encountered when establishing the initial, more generic framework.

Once Mosaic leaders realized they needed to harness their own values and messaging to aid this process, the endeavor took off under the leadership of President and CEO Joc O’Rourke.

Employers can draw from this experience as well, Case said. “Don’t try to get it perfect right off the start,” she said. “Just start, and you’ll learn as you go along. And what works well for one company might not work well for you. It’s all about figuring out what works with your culture. That was a key learning for us.”

Campbell Institute Director Katherine Mendoza lauded Mosaic’s companywide devotion to safety, an ethic that especially impressed her given the altered format of the award assessment amid the COVID-19 pandemic.

Facility evaluations pivoted from onsite to a virtual format in deference to physical distancing protocol. That prompted the Campbell team to interview finalists online, where Mendoza and her peers found passion aplenty among Mosaic representatives.

“They all showed very clear ownership of EHS,” Mendoza said, “not only with the management system, but just in general responsibility for the overall safety of everyone. And I think that really gets to the heart of what the award defines as leadership. We see true leadership, when it comes to EHS, as everyone within the organization taking that responsibility, and that was certainly something we saw with Mosaic.”

Although the company remains “humbled and honored” by the award, Mosaic leaders are still driven to build on success and safety performance. “It’s really trying to weave that message into everything,” Case said, “from regular discussions to the goals that we set and the things that we measure.” 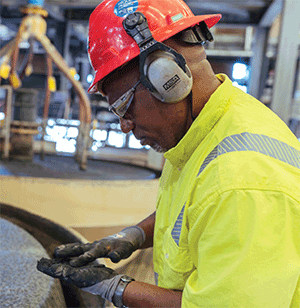