We use cookies to provide you with a better experience. By continuing to browse the site you are agreeing to our use of cookies in accordance with our Privacy Policy.
Home » On Safety: A closer look at OSHA’s ‘Top 10’ violations: A review
On Safety 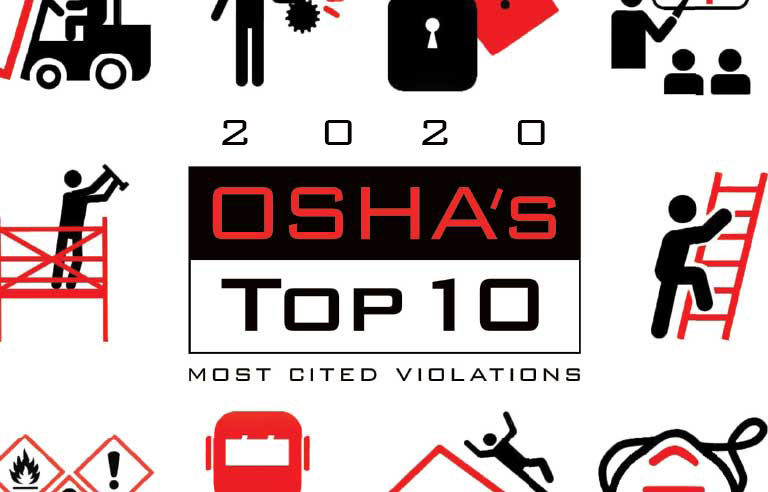 In the previous installments of this blog series reviewing the top violations cited by OSHA in different NAICS codes in fiscal year 2020, a consistency was evident with past years in the violations cited to protect employees from serious injury and illness. The Top 10 violations cited by OSHA for both construction and general industry demonstrated that most of the cited hazards were directed at employee exposure most likely to result in fatalities and serious injuries. This demonstrates that the agency’s compliance staff is focusing its efforts on the most serious hazards facing workers.

For the construction industry, OSHA directs between 45% and 55% of its enforcement efforts at conducting inspections. Although targeted inspections are conducted through local and national emphasis programs, many of the inspections are made as a result of agency self-referrals and complaints received by employees. In the construction industry, 60% of the Top 10 violations were tied in with fall protection, including:

The remainder of the top violations cited by OSHA in construction included:

From an employee health perspective, it was important to see violations related to the Hazard Communication Standard in the Top 10. The standard mandates that employees receive training and education on the chemicals with which they work and that employees are provided the protections needed for those chemicals. Education of employees in this area goes a long way to help ensure their health and safety. The violations related to the General Duty Clause were reviewed and found to be attributed to a variety of serious safety hazards, including explosion and fire, combustible dust, struck-by, caught-in, and crushing hazards.

Although not in the Top 10, but in the top 15 violations cited were those for hazards associated with general machine guarding, lockout/tagout, lack of point of operation guarding and unsafe operation of powered industrial trucks. The most cited violations for lockout/tagout included lack of a written program and lack of lockout/tagout equipment-specific procedures.

This article represents the views of the authors and should not be construed as a National Safety Council endorsement.