We use cookies to provide you with a better experience. By continuing to browse the site you are agreeing to our use of cookies in accordance with our Privacy Policy.
Home » Supreme Court halts OSHA’s ETS on COVID-19
NSC Business and Industry Division news NSC Construction and Utilities Division news NSC Labor Division news Federal agencies Workplace exposures 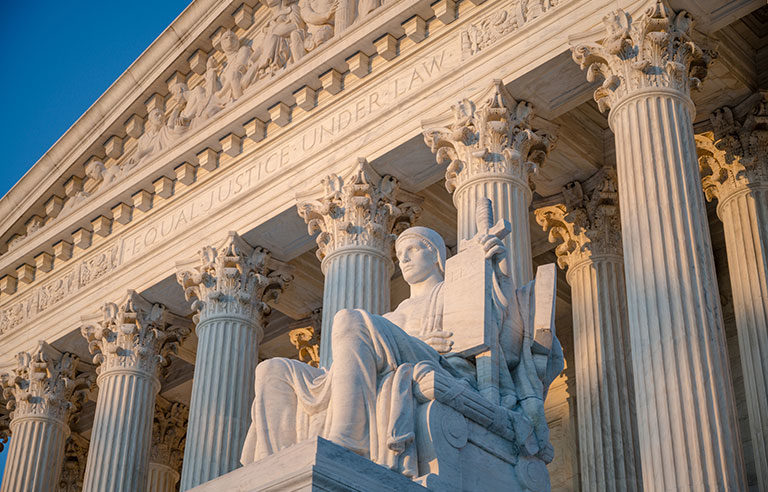 The need for Congress “to speak clearly” is part of what’s known as the “major questions” doctrine, which Justice Neil Gorsuch covered in a concurring opinion.

The “major questions” doctrine typically also involves the nondelegation doctrine, a principle stemming from Article I of the Constitution, that Congress cannot delegate its authority to other entities. Therefore, under that doctrine, if Congress hasn’t explicitly permitted an agency to take an action, the courts must strike down that action.

Critics of the “major questions” doctrine say that puts administrative decisions into the hands of unaccountable judges. That doctrine is also a reversal from what’s known as the Chevron Deference.

That legal test, set forth by the Supreme Court in a 1984 decision, held that the judiciary was supposed to defer to agencies as long as its actions were deemed reasonable and as long as Congress hadn’t clearly addressed the particular issue at hand.

The dissenters alluded to the Chevron Deference in their opinion, noting that the justices don’t have expertise in workplace safety and health. They also write that judges aren’t accountable to anyone, unlike those in the executive or legislative branches.

In a press release, Labor Secretary Marty Walsh expressed disappointment in the high court’s decision, adding that OSHA “will do everything in its existing authority to hold businesses accountable for protecting workers,” citing the General Duty Clause and the agency’s COVID-19 National Emphasis Program.

In a statement, the National Safety Council said it, too, was “disappointed” by the decision.

“COVID-19 continues to devastate the American people, and employers must play a role in fighting this deadly virus,” Lorraine Martin, NSC president and CEO, said. “Despite the court’s ruling, we call on employers everywhere to take responsibility for the safety of their workers by implementing a requirement for vaccination or testing, and exhausting any and all proven safety countermeasures such as masking, frequent handwashing, improved ventilation systems, and regularly disinfecting work surfaces.”