We use cookies to provide you with a better experience. By continuing to browse the site you are agreeing to our use of cookies in accordance with our Privacy Policy.
Home » Senate confirms Amit Bose as head of Federal Railroad Administration
NSC Business and Industry Division news Federal agencies Leadership Rail Transportation 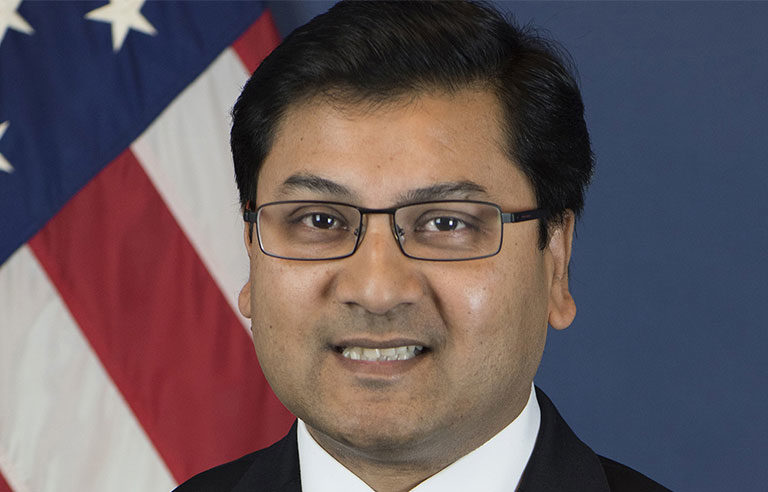 Washington — The Senate has confirmed Amit Bose as administrator of the Federal Railroad Administration, with a 68-29 vote Jan. 12.

Bose also served as chief counsel, director of government affairs and a senior advisor for the agency during the Obama administration. During that time, he helped FRA implement Positive Train Control, provided oversight on a $10 billion intercity passenger rail program, and guided alcohol and drug testing, according to a White House press release.

Before that, Bose was deputy assistant secretary for governmental affairs and associate general counsel at the Department of Transportation.

“He has been involved in some of the highest-profile rail and transportation projects, including the Northeast Corridor Gateway Program, California High-Speed Rail, Acela 2021 trainsets and Liberty Corridor,” the release states.

Prior to rejoining FRA, Bose was at the architectural and engineering firm HNTB, was board chair of the Coalition for the Northeast Corridor, and served on the New Jersey Restart and Recovery Advisory Council. He has also worked for New Jersey Transit Corp., the New Jersey Department of Transportation and as a congressional transportation staffer.

“From his work with New Jersey Transit to his leadership at FRA during two administrations, Amit has spent his distinguished career supporting America’s railways,” Transportation Secretary Pete Buttigieg said in a Jan. 12 press release. “Amit’s experience and expertise will be invaluable as we work to implement the president’s historic Bipartisan Infrastructure Law, which includes the largest investment in passenger rail since the creation of Amtrak.”