We use cookies to provide you with a better experience. By continuing to browse the site you are agreeing to our use of cookies in accordance with our Privacy Policy.
Home » Fear of employer retaliation leads immigrant seafarers to delay, avoid medical care: study
Research/studies Safety culture Immigrants Transportation 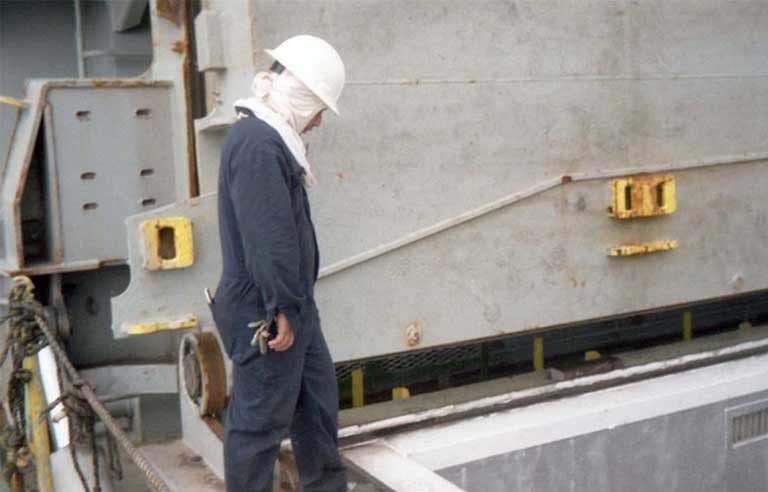 Houston — Filipino seafarers often delay or completely avoid medical care – despite their rights to it under maritime law – for fear of retaliation from employers, including potentially losing their jobs, results of a recent study show.

From December 2016 to October 2017, researcher Shannon Guillot-Wright from the University of Texas Medical Branch in Galveston gathered data during interviews and from observations, field notes and photovoice – a visual research methodology in which participants take photos that illustrate their lives – with a 14-man crew of English-speaking Filipino migrant seafarers while their ship docked weekly in the Port of Houston. A chaplain who visited the ship regularly and a former lawyer who worked with seafaring human rights groups were also interviewed.

Because of the ship’s tight weekly schedule that included covering about 1,700 miles round trip between Houston and Guatemala, the seafarers said they often didn’t report injuries or illnesses, with some stitching up their own wounds without anesthesia. Guillot-Wright cites previous research showing the percentage of ships spending less than 24 hours in their port before departing jumped to 70 in 1998 from 11 in 1970.

The results of those demanding working conditions can include physical and mental health disparities, including increased likelihood of cardiovascular conditions, drowning, vessel disasters, suicides and workplace violence.

The seafarers often sign nine-month contracts that provide few breaks but include guaranteed access to health care practitioners or facilities. However, the seafarers fear that seeking medical attention for an injury or illness will cause them to be viewed as unhealthy and lead to the loss of employment.

“In this way, companies penalize seafarers for accessing the protections guaranteed to them despite having contractual rights,” Guillot-Wright writes.

The result of losing employment, according to the seafarers, could include having to return to the Philippines or find work in lower-paying industries to support their families.

The study was published in the journal Humanities and Social Sciences Communications.