We use cookies to provide you with a better experience. By continuing to browse the site you are agreeing to our use of cookies in accordance with our Privacy Policy.
Home » 'We can benefit the team'
Immigrants Injury prevention

'We can benefit the team'

Take cultures into account when you have a multilingual workforce 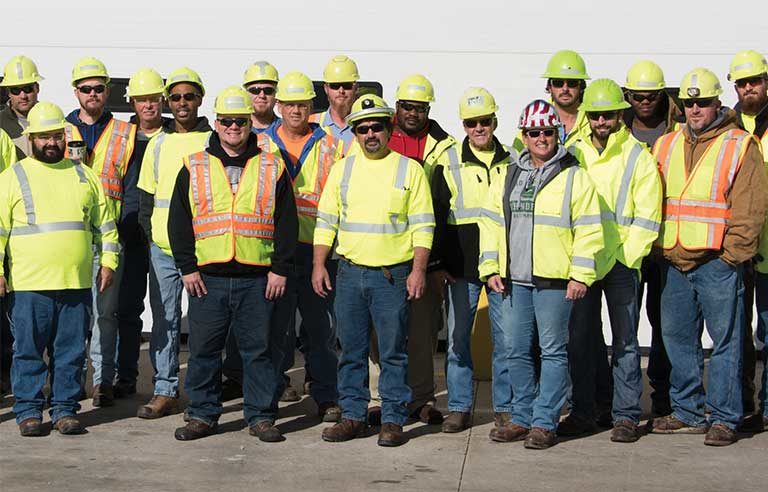 If you’re a safety pro or supervisor who wants to translate training materials, signage or newsletters from English to another language – or perhaps learn some key phrases to communicate with workers – here’s something to think about:

“Anybody can use Google to translate, but that doesn’t mean that the message is going to be conveyed the way it’s supposed to,” says Juan Zuniga, a worker/trainer in the United Steelworkers’ environmental, health and safety department. Zuniga is fluent in English and Spanish. His job duties include helping translate into Spanish USW hazard alerts intended to raise awareness and mitigate incidents.

‘A language and vocabulary workers can understand’

OSHA requires employers to provide training “in a language and vocabulary workers can understand.” But a 2018 study of construction employers conducted by NIOSH and the American Society of Safety Professionals found that, in organizations with fewer than 50 employees, only 37.5% of supervisors spoke the same language as immigrant workers. For firms with more than 50 workers, it was 68.9%.

Zuniga points out that languages also have different dialects, and workforces can include people with multiple cultural perspectives.

Associate Editor Kevin Druley discusses this article in the April 2022 episode of Safety+Health's “On the Safe Side” podcast.

Jessica Bunting, director of the Research to Practice initiative at CPWR – The Center for Construction Research and Training, is another expert who recognizes the importance of acknowledging different cultures.

“We refer to the language barrier, but really, it’s twofold,” she said, “both spoken and written language, because there are different literacy levels but then also cultural considerations to take into account.”

Said Zuniga: “One word in my culture may mean one thing, but even to someone who speaks the same language, it may mean something completely different.

“When it comes to translation or interpretation, it helps for the interpreter or translator to be familiar with the audience’s cultural background. It can take some time and familiarity with the audience in order to make it so a message is understood. In many instances, a translation to another language, when done word for word, might not convey the message intended, and you need to find a way so that the audience can understand what you’re talking about.”

Bunting shared a lesson CPWR learned during its promotion of the annual National Safety Stand-Down to Prevent Falls in Construction.

“We were translating the word ‘stand-down’ into Spanish for years,” she said. “Then we came to find out the translation we were using essentially meant a general strike to prevent falls, which didn’t appropriately describe this annual event. And when we started talking to people who were actually participating in it and were Spanish speakers, they’re like, ‘Yeah, we just say stand-down, we don’t use that Spanish translation. We just call it stand-down.’ So the whole rest of it is translated, but now we keep ‘stand-down.’ That was something that we didn’t know for years, but then we got feedback from the right people.”

If employers recruit bilingual/multilingual employees to translate instruction of a verbal command, they need to make sure ahead of time that the employee truly understands what the employer wants to communicate, said Vanessa Galvan, a corporate agriculture program safety and health manager for a California-based workers’ compensation carrier and member of ASSP’s Hispanic Safety Professionals Advisory Committee. It can’t be simply taking that worker aside and asking them on the spot to relay something to a colleague.

“Develop that employee,” Galvan added. “Help them understand what the message actually is so that it is delivered with the full intent.”