We use cookies to provide you with a better experience. By continuing to browse the site you are agreeing to our use of cookies in accordance with our Privacy Policy.
Home » ‘Always talking about safety’
Safety culture Leadership

Allegion is the 2021 recipient of the Robert W. Campbell Award Allegion employees display an allegiance to safety simply by working.

As a manufacturer of safety and security products, safety is part of the fabric of the international company, which has its Allegion Americas base in Carmel, IN, and production and distribution sites across the United States.

Still, Allegion received the 2021 Robert W. Campbell Award – presented annually by the National Safety Council to an organization that successfully integrates environmental, health and safety management with business operations – by doing far more than showing up.

A finalist for the 2020 award, Allegion demonstrated in less than a year what Campbell Institute Director Katherine Mendoza called a “magnitude of change” that thoroughly impressed the selection committee.

“They definitely have an expectation that all of their employees are very involved,” Mendoza said.

“How the Campbell Award really defines leadership is the essence of that: Making sure that everyone in the organization, regardless of if they have direct reports or a specific job responsibility for EHS, is really taking that responsibility for safety.”

Read Allegion’s application for the Robert. W. Campbell Award and watch the 2021 award celebration at campbellaward.org/winners.

Allegion employs more than 11,000 workers and 400 contractors in nearly 30 countries. Spun off from Ingersoll Rand in 2013, Allegion descends from the safety pioneers who invented the panic release bar exit device and the electric-controlled lock, among other safety products. 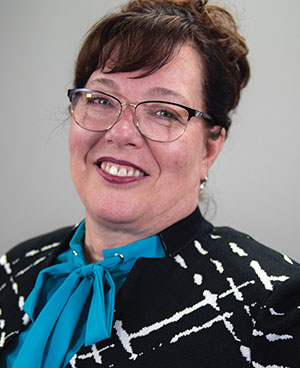 “Our products are built around the safety of people,” said Gladys Thomas, vice president of EHS at Allegion, “and so it’s a natural progression as we look at reducing injuries and keeping people safe, and it al-lows us to incorporate it as part of our DNA.”

Worksites are encouraged to develop recognition programs intended to reward workers who recognize and report hazards and then assist with correction or mitigation.

Per a testimonial shared by Allegion, the most popular of these, the “Good Catch” Program, “puts the value ‘Do the right thing’ to the test.” That was the feedback from a worker at an Allegion acquisition facility.

“A lot of companies will have values and statements, but for Allegion, they’re real,” Thomas said. “And they are influenced from the top down and the bottom up.”

Thomas touts the approachable leadership style of Allegion Chair, President and CEO David Petratis, who in 2018 was named one of National Safety Council’s CEOs Who “Get It,” an annual recognition of leaders who demonstrate a personal commitment to worker safety and health. (Read his Q&A.)

Interact with Petratis and you’re liable to hear him mention safety within moments, Thomas said. Petratis also includes safety-related agenda items in monthly and quarterly reviews, as well as board meetings.

“You’re always talking about safety,” Thomas said. “It’s not a separate piece. It’s part of the business. So that’s one element on the manufacturing floor, but when you are looking at our top leaders, it sets the tone and it trickles down throughout the organization.”

Mendoza reiterated that the approach was evident at Allegion during the Campbell team’s onsite and virtual visits that were part of the award evaluation process. “I think they really embody the continuous improvement aspect of not only the award but just EHS management,” she said. “I think they see themselves as leaders in some aspects, but also can define for themselves some areas of growth.”

To that end, Allegion workers, executives and onlookers shouldn’t expect the company landscape to shift with the addition of the 2021 Campbell Award.

“You know, winning the award is an honor,” Thomas said. “It’s humbling and it’s exciting because a third party has looked at our processes and talked to our people and has said, ‘You are in an elite group.’ And for that, we are humbled. But it’s not like you have arrived. It’s a milestone on our journey that we are really excited about.” 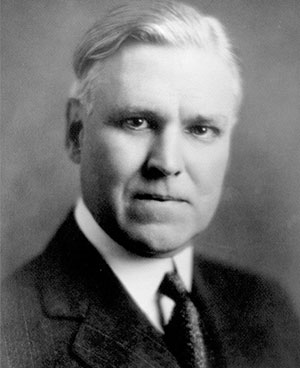 Robert W. Campbell was a pioneer in the safety movement in the United States. As the first chair of Illinois Steel’s corporatewide safety committee, he organized the company’s first formal incident prevention programs, established safe work practices for many jobs, and developed safety training programs for workers and supervisors.

Campbell was selected by his peers to serve as president of the newly formed National Safety Council in 1913. His leadership in the council’s formative days was powerful in the development of organized incident prevention efforts on a national scale.