We use cookies to provide you with a better experience. By continuing to browse the site you are agreeing to our use of cookies in accordance with our Privacy Policy.
Home » Study links firefighter workload to greater odds of developing A-fib
Research/studies Workplace exposures Fire/emergency medical services 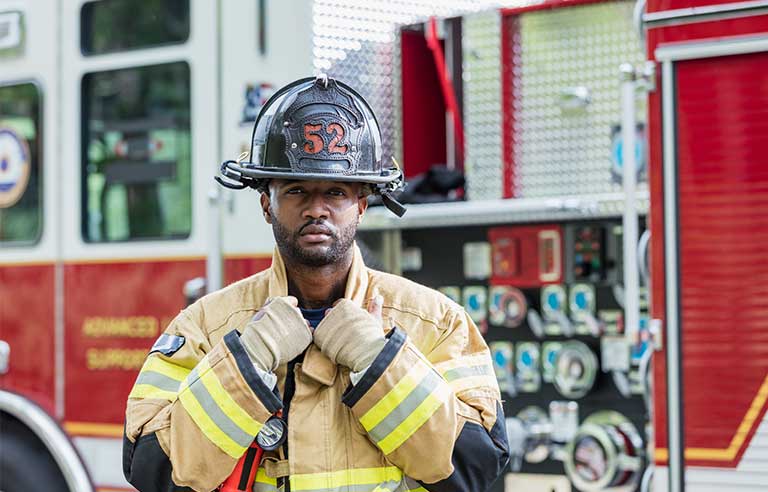 Shreveport, LA — Firefighters’ risk of developing atrial fibrillation – an abnormal heart rhythm that can trigger serious health problems – increases with the number of fires they respond to, results of a recent study show.

Researchers at Louisiana State University Health Shreveport conducted an online survey of nearly 11,000 active firefighters from around the country between October 2018 and December 2019, asking about the number of fires they put out each year and their history of cardiovascular disease.

Among the firefighters who said they respond to at least 31 fires a year, 4.5% had atrial fibrillation, compared with 2% of their colleagues who respond to five or fewer each year. For those who reported fighting six to 10, 11-20 or 21-30 fires annually, the percentage of each group to develop atrial fibrillation rises incrementally – 2.3, 2.7 and 3, respectively.

After adjusting for factors such as high blood pressure and smoking, a 14% increased risk was observed for every additional five fires fought each year. In addition, male firefighters were more likely to report an atrial fibrillation diagnosis (2.9% vs. 0.9%), while 8.2% of respondents 61 and older had the condition.

The researchers say the association between firefighting and atrial fibrillation can be explained in three ways:

“Clinicians who care for firefighters need to be aware of the increased cardiovascular risk, especially the increased risk of A-fib, among this unique group of individuals,” senior study author Paari Dominic, an associate professor at LSU Health Shreveport, said in a press release. “The conditions that elevate their risk further, such as high blood pressure, Type 2 diabetes, lung disease and sleep apnea, should be treated aggressively. In addition, any symptoms of A-fib, such as palpitations, trouble breathing, dizziness and fatigue, should be investigated promptly.”

The study was published online in the Journal of the American Heart Association.