We use cookies to provide you with a better experience. By continuing to browse the site you are agreeing to our use of cookies in accordance with our Privacy Policy.
Home » Inherently Safer Design
Chevron refinery fire Chemical
CHEMICAL FACILITY SAFETY 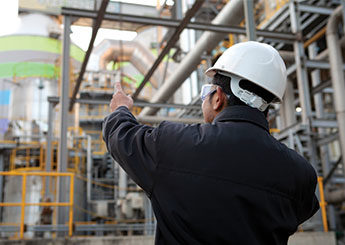 The damage could have been less severe.

The tragedy could have been prevented.

A smarter, safer design could have saved lives and property.

In recent years, such statements are commonly made following investigations into high-profile chemical plant incidents that include fires, explosions and toxic leaks. Experts who have studied those types of disasters frequently turn to the same point of emphasis: Inherently Safer Design.

As a catchphrase, it sounds great. But what does it really mean?

“Fundamentally, it means trying, whenever possible, to eliminate the hazard rather than manage it and control it,” said Dennis Hendershot, a process safety consultant with the New York-based Center for Chemical Process Safety of the American Institute of Chemical Engineers. “Really, it’s a way of thinking, and it applies with everything you’re doing.”

Although descriptions vary – some refer to inherently safer technology, while others discuss inherently safer processes – the premise remains the same. Similar to the concept of Prevention through Design, ISD is a philosophy that aims to avoid or reduce hazards up front rather than wrestling with those hazards after the fact.

In many ways, ISD boils down to common sense. But as chemical incidents continue to occur, experts say process-industry professionals need to apply the principles of ISD.

“I don’t know that we’re quite there yet,” said Paul Amyotte, a professor of chemical engineering at Dalhousie University in Canada. “If we were, I guess you could argue that we wouldn’t be having some of the major incidents that we’re having.”

Chemical plant incidents have continued to make headlines in recent years, prompting investigations from the Chemical Safety Board. In each case, investigators said, ISD could have helped.

Other chemical explosions have drawn scrutiny from CSB:

In April, CSB released its report on a 2009 explosion at the Silver Eagle Refinery in Woods Cross, UT. The agency found that a faulty pipe segment had no record of being inspected for corrosion as it thinned over time.

In the report, CSB Chairman Rafael Moure-Eraso said the findings called to mind some of the problems from the Tesoro and Chevron incidents.

“Mechanical integrity programs at refineries repeatedly primarily emphasize inspection strategies rather than the use of Inherently Safer Design to control the damage mechanisms that ultimately cause major process safety incidents,” Moure-Eraso said.