We use cookies to provide you with a better experience. By continuing to browse the site you are agreeing to our use of cookies in accordance with our Privacy Policy.
Home » Final rule details procedures for rail, transit whistleblower retaliation complaints
Whistleblower Bus/limo/taxi Rail 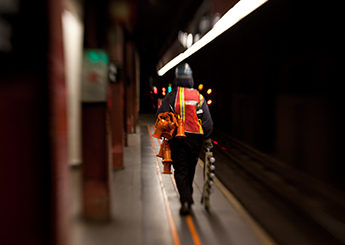 Washington – Five years after issuing an interim rule, OSHA has published a final rule regarding how to handle retaliation complaints from railroad workers and public transit workers who engage in whistleblower activities.

OSHA has operated under an interim rule since 2010, when it solicited public feedback about the most effective procedures and time frames to respond to worker allegations of retaliation. The agency said its final rule, which went into effect Nov. 9, responds to comments and incorporates recent case law under the National Transit Systems Security Act and the Federal Railroad Safety Act.

“Railroad workers have the right to report injuries and to follow their doctor’s treatment plans for injuries sustained in the course of their employment without fearing that they will be retaliated against,” OSHA administrator David Michaels said in a press release. “Railroad and public transit agency workers must never be silenced by the threat of losing their job when their safety or the safety of the public is at stake.”