We use cookies to provide you with a better experience. By continuing to browse the site you are agreeing to our use of cookies in accordance with our Privacy Policy.
Home » 'Wholly committed' to safety
Safety culture Leadership

USG Corp. is the latest recipient of the Robert W. Campbell Award USG Corporation doesn’t use alphabetical order when outlining its organizational core values. “Safety, innovation, integrity, service, efficiency, diversity and quality” are listed in that sequence for a reason. 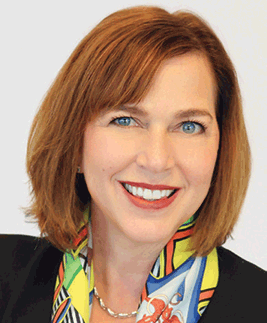 “We list safety as our first core value because it is,” USG President and CEO Jennifer Scanlon said. “For the 115 years that we’ve been in business, safety really has played an important role.”

USG’s exemplary environmental, health and safety culture has earned special recognition. The company is the most recent recipient of the Robert W. Campbell Award, presented annually by the Campbell Institute at the National Safety Council to an organization that successfully integrates EHS management with business operations.

“By far, just being immersed in their culture, it was clear that every person in that organization was 100 percent behind USG,” Smith said. “They were wholly committed to the company.”

Employees exhibit equal enthusiasm for safety, continuing what Scanlon calls “a tremendous long-term history and focus.” Scanlon said 96 percent of USG’s 56 plant locations did not experience a lost-time injury in 2016.

And, according to NSC, USG’s lost-time injury rate was 17 times better than the industry average.

“When you visit any of our plants, it’s not just the sign on the door that mentions safety,” Scanlon said. “You’ll see T-shirts and jackets that talk about what safety milestone they reached. … I think it’s something that our employees feel really good about, that they can talk to their friends and families and really get this sense that we really care about them and they really care about each other.”

A Campbell Award panel performed on-site assessments at USG headquarters, as well as USG facilities in Michigan and Texas, spending approximately one day at each location. Many interview questions during the assessments were culture-based, gauging respondents’ knowledge of what they would do if they or a co-worker were injured on the job. The goal, Smith said, was to test policies already in place and record employees’ comfort in fulfilling them. During one facility visit, Campbell Award assessors asked a group of front-line employees whether they would encourage a family member to work at USG. Each participant answered affirmatively, but one particular response stood out. 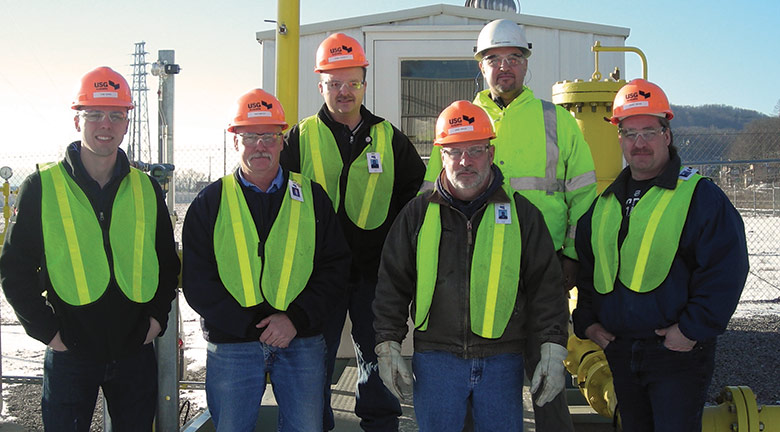 Both extended and biological families work at USG.

“We see second and third generations in many of our plants and even in our corporate headquarters. This is the kind of place that people recommend for their children, their nieces, to work,” Scanlon said. “Because there is that level of commitment to employees.”

In Scanlon’s experience, that reality manifested itself early. A 14-year USG employee who ascended to the role of CEO in 2016, Scanlon vividly recalls separate plant visits that helped comprise her “indoctrination to USG.” In both cases, the actions of the employees personified the organization’s safety culture.

In one instance, Scanlon had offered assistance in attaching something to an office wall. She moved a chair and started to step up onto it when an employee cautioned her against the practice, reminding Scanlon she needed proper and safer support for the corresponding height.

During another visit, Scanlon and a colleague were crossing the street from a parking lot to a restaurant on a cold, rainy night. With traffic clear, Scanlon moved forward, aiming to cross against the traffic signal. Her companion, however, stopped Scanlon and reminded her that no situation should prompt safety to take a backseat.