We use cookies to provide you with a better experience. By continuing to browse the site you are agreeing to our use of cookies in accordance with our Privacy Policy.
Home » No cellphones while driving
Safety culture Office Safety Tips

No cellphones while driving

Looking to increase worker safety, employers are enacting policies banning use of electronic devices behind the wheel 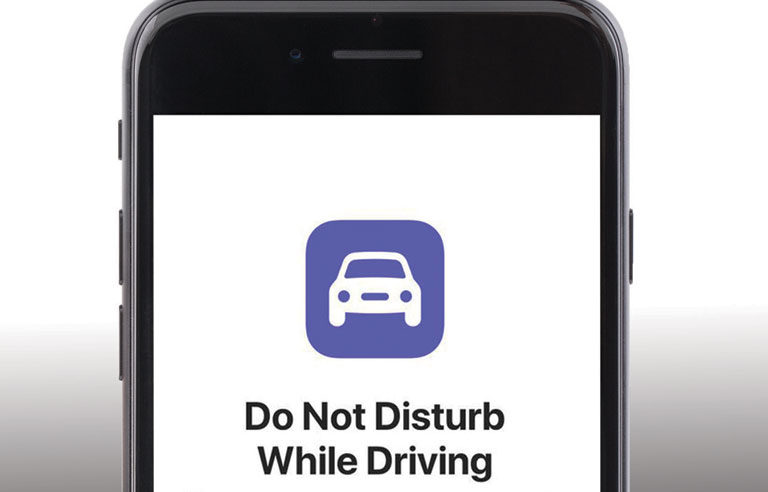 In January, Cargill instituted a policy banning employee use of handheld and hands-free cellphones while driving. The measure restricts about 150,000 workers worldwide from talking or texting on devices in any moving vehicle the Wayzata, MN-based company owns, leases or rents – and forbids work-related calls while operating personal vehicles.

Following the lead of numerous employers that have enacted workplace cellphone use policies in recent years, Cargill leadership expects the ban to steadily provide marked improvements to worker safety.

“It’s very difficult to identify and quantify, but we know that we are no different statistically than the rest of the population, and we know that we needed to do something,” said Al Johnson, vice president of environmental, health and safety for Cargill, an agricultural, food and industrial company.

Research from the National Highway Traffic Safety Administration shows that distracted driving contributes to about nine deaths and more than 1,000 injuries on U.S. roadways each day. And OSHA and the National Safety Council cite motor vehicle-related crashes as the No. 1 cause of on-the-job death, with distraction among the leading factors.

Cellphone-distracted driving takes a motorist’s eyes, hands and mind away from the road and wheel, which increases potential dangers to the driver, passengers, other motorists and pedestrians.

“Word is spreading,” said Joseph McKillips, executive director of the Vienna, VA-based Network of Employers for Traffic Safety. “These companies, they’re seeing other companies take these cellphone policies on, and it gives them confidence that they can do the same.”

‘The elephant in the room’

A ban on handheld and hands-free cellphone use represents an evolution from Cargill’s previous safe driving policy, implemented in 2010. Under that policy, drivers had the option to use hands-free devices.

Karen Spring, road transportation safety manager for Shell Oil Co., frequently hears arguments equating hands-free use to driving with a passenger. She offers a rebuttal: “A passenger in a vehicle can react to what’s on the road in front of them. So, if they’re talking to the driver and distracting the driver, they can inform them of that hazard. Whereas if you’re talking on the phone, it’s only the driver who can see the hazard.”

Road transportation safety figures prominently in an organization responsible for delivering fuel to customers and equipment to projects, as well as promoting safe practices for employee and contractor travel. In 2009, Shell introduced an employee cellphone policy as part of an initiative stressing compliance with Shell’s 12 “Life-Saving Rules.”

According to data from Shell, roadway fatalities among employees have fallen significantly in the past decade. After reporting 19 fatalities in 2007 and 29 in 2008, Shell experienced four roadway-related worker deaths in 2009. A sudden rise to 11 fatalities in 2010 was followed by another drop, and the organization has not reported more than four fatalities in any year since, and experienced none in 2015.

“A lot of people are on the fence: ‘Do we ban hands-free?’” McKillips said. “That’s the elephant in the room.”

For NSC, NETS and many other organizations, the issue requires no debate – mobile phone use when driving, even hands-free technology, should be avoided. If a worker must make an urgent call, he or she should park in a safe place before talking or texting. “Hands-free use, it’s cognitively distracting to the driver,” McKillips said. “The research says so.”

In its cellphone policy kit for employers, NSC notes that productivity concerns often are cited as a common barrier to total ban policies. Cargill experienced scattered unfavorable reactions to the policy after its rollout – largely among phone-savvy field sales representatives.

Among the complaints: What happens when you’re working with customers who expect an immediate response and you can’t give them one? Doesn’t making them wait exemplify poor customer service?

At Shell, “We have not, as far as I know, monitored any monetary loss of productivity effects,” Spring said. That finding reflects results of a 2009 survey conducted by NSC that found only 1 percent of 469 member organizations with handheld and hands-free bans reported a decrease in productivity.

Cargill developed a solution to address that concern by creating a self-service web portal that allows customers to research and communicate order specifics online if a particular salesperson is on the road. Sales staff members use their voicemail messages to indicate that they’re traveling and will contact the customer when convenient. Johnson refers to it as “a desk that’s going 65 mph” being temporarily closed for business.

At Shell, Spring has found that longevity and acclimation to the cellphone policy have helped employees find comfort in amending their work habits. Many recharge, helping to shift away from the “always on” culture of staying attuned to work-related emails and phone calls. “They know they have the authority and the right to disconnect,” she said.

What are best practices for building an effective workplace cellphone policy? Experts believe any blueprint begins from the top down.

For organizations in which driving is not a core competency, Spring advocates “nonstop marketing” of the policy and the dangers of cellphone-distracted driving as part of overall worker education. Employers also should form effective strategies for monitoring compliance, enforcement and addressing violations, McKillips said.

The Shell policy, which does not include commuting, is enforced seriously and includes potential dismissal.

“If you choose to break the rules, you choose not to be employed by Shell,” Spring said.

Johnson said Cargill encourages peer monitoring as part of the “See. Say. Stop.” initiative related to the policy, assisting in enforcement efforts if an employee is driving alone.

“If you get the business leaders in the room, if you show them the evidence,” McKillips said, “if you show them the research that has gone into this issue – once they see that information, they are able to make a decision that shows that, ‘Hey, this is good for business. My employees are going to be safe.’”

State laws can influence teen cellphone use while driving: study