We use cookies to provide you with a better experience. By continuing to browse the site you are agreeing to our use of cookies in accordance with our Privacy Policy.
Home » Preventing backover incidents
Construction Injury prevention

With federal regulations no longer on the horizon, workers need to know how to stay safe around backing vehicles In April 2008, the Virginia Department of Labor and Industry was two years into crafting a regulation to help prevent workers from being struck by vehicles traveling in reverse. The move was prompted by 30 backover-related deaths recorded from 1992 to April 2008 – nine of which occurred between 2005 and 2007.

During a meeting that month with “interested parties,” including industry and union representatives and a member of the Virginia House of Delegates, Jay Withrow, director of the Virginia department’s Division of Legal Support, had all attendees receive a copy of a document featuring short, detailed paragraphs on each of the 30 recorded incidents. Part of Withrow’s job had been to conduct legal reviews on all fatalities and read the often-jarring interview statements from the drivers.

He read selected parts of the fatality details during the meeting – one of the turning points in helping the regulation come to fruition.

“Reverse Signal Operation Safety Requirements for Motor Vehicles, Machinery and Equipment in General Industry and the Construction Industry” went into effect on Sept. 18, 2009. Since then, the state has experienced eight fatalities, cutting its annual average in half.

‘The current standard is not sufficient’

In contrast to Virginia, the annual number of backover-related occupational fatalities nationwide has remained relatively steady from 2012 to 2015 (57, 67, 57 and 64, respectively – after reaching 81 in 2011), according to the latest available data from the Bureau of Labor Statistics.

Last year, the “Preventing Backover Injuries and Fatalities Standard,” a pre-rule-stage regulatory action from federal OSHA, was one of 469 proposed regulations scuttled by the Trump administration when the Department of Labor released its semiannual agenda on July 20.

In a statement to Safety+Health, OSHA said the rulemaking was withdrawn “due to resource constraints and other priorities.”

OSHA’s standard on motor vehicles (1926.601) requires only a backup alarm “audible above the surrounding noise level” on any vehicle with “an obstructed view to the rear.” If no backup alarm meets the requirement, the driver must not travel in reverse until an observer gives the go-ahead.

No requirements exist for back-up alarms on powered industrial trucks, but if a vehicle has a backup alarm already installed, it cannot be removed, OSHA’s Powered Industrial Trucks Standard (1910.178) states.

“Just having a backup alarm does not prevent people from getting killed.”

Jay Withrow
Director, Division of Legal Support at the
Virginia Department of Labor and Industry

“It’s very clear for many, many years that the current standard is not sufficient,” Withrow said. “Just having a backup alarm does not prevent people from getting killed. I think a relatively uncomplicated regulation could be adopted and could make a big difference. I think if [OSHA was] able to reduce fatalities from reverse operational vehicles by 50 percent, they would find that a worthwhile proposition.”

OSHA’s Logging Operations Standard (1910.266) requires drivers to confirm no one is in their path before starting or moving their machines. Virginia used that requirement to craft part of its regulation.

The Virginia rule also calls for a backup alarm to be audible above the surrounding noise level and for the vehicle to be “operated in reverse only when a designated observer or ground guide signals that it is safe to do so” or the driver visually determines that no one is in the way before backing.

Like Virginia, Washington state has its own standard on backovers, but much of it applies only to dump trucks.

States are limited on how far they can go with their regulations, Withrow said, because OSHA regulations require states to not “unduly burden” interstate commerce, which covers many vehicles and companies, unless there is a “compelling local condition.”

“That means something would be happening in Virginia that’s very different from the rest of the country,” Withrow said. “That’s a fairly high burden to meet from a legal standard.”

So what can organizations and employees do until a federal regulation is enacted, if ever?

A series of best practices can be employed, experts say, because the ubiquitous backup alarms can get tuned out by workers or drowned out by a noisy jobsite.

One practice is using a well-trained spotter, someone who can look out for other vehicles, workers on foot or pedestrians. That job, however, also can prove dangerous because those employees can get hit by backing trucks or other equipment. 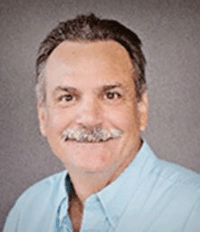 Bruce Drewes, owner and instructional consultant at Boise, ID-based 3T Group and master instructor with the Washington-based American Road and Transportation Builders Association, said he teaches spotters to not walk backward while working because they can trip, putting them in a potentially dangerous or deadly situation.

He tells spotters that they need to stand just beyond where the vehicle will stop backing up. If the vehicle is changing directions, such as in a three-point turn, a spotter needs to go to the point where the direction change will occur, then reposition him or herself.

Drewes advises spotters to stay out of the operating area of a vehicle unless they get physical confirmation and permission from the driver. He also recommends that spotters use a hands-free radio, if they can, and that the driver put the vehicle in park if anyone approaches it.

“I see it happen all the time, where someone looks over in [the driver’s] direction and they think, ‘Oh, hey, he sees me,’” Drewes said. “He moves in the area of that piece of equipment and the operator never saw him.”

Why not limit how often vehicles or equipment travel in reverse? That’s what an internal traffic control plan tries to accomplish. ITCPs also attempt to keep workers on foot out of areas where vehicles are traveling, and vice versa.

Drewes said the initial development of an ITCP should include any groups or individuals who are going to be in the work zone, from subcontractors to state agencies to the company that services the portable toilets.

David Fosbroke, statistician at NIOSH, said an ITCP is a “constantly changing plan that adjusts as work operations change.”

When modifications are made at the worksite, the ITCP needs to be reconfigured quickly, and workers need to be informed of the changes, Drewes said, adding that the cost of educating workers about ITCPs has proved difficult at times because it’s an extra expense. ARTBA and the Federal Highway Administration provide grants for free training, but Drewes said he’s concerned about future funding.

Despite concerns about cost, the awareness of ITCPs and the need for them continues to grow, Drewes said.

Walter Jones, occupational safety and health director at the Laborers’ Health and Safety Fund of North America, said he first became aware of rearview cameras in the mid-1990s while working for the International Brotherhood of Teamsters. At that time, the price tag was a major obstacle to their widespread use.

When he went to a large national trade show a few years ago, practically every vehicle had the technology, Jones said.

Drewes said he has seen the same thing.

Beginning in May, the National Highway Traffic Safety Administration will require all new passenger vehicles weighing less than 10,000 pounds to be equipped with rearview cameras. That move, which was on track at press time, could drive down the costs on the cameras in heavier work vehicles.

“That’s the direction that we’re going, and your better contractors are going to be doing it because it’s a better way of doing business,” Jones said. “I understand the cost, but at some point, it becomes costly not to do it.”

Drewes said one of the better systems is pairing a camera with a proximity detector, which often uses radar or sonar technology to let drivers know someone or something is in the way.

“When an individual in any piece of equipment is backing that equipment, they are not looking at their dash,” he said. “They are looking at their mirrors. The proximity detector has to kick off an alarm that tells the individual, ‘Hey, there’s something back there.’”

One type of proximity detector is a “tag-based system,” where workers in a work zone wear a tag – usually radio-frequency identification – that lets the driver know they’re too close to each other.

Technology doesn’t replace the need for situational awareness, experts caution. Backovers often happen when drivers or workers aren’t cognizant of each other’s presence or when a worker on foot moves in an unexpected direction, said Steve Hawkins, Tennessee OSHA administrator for the state’s Department of Labor and Workforce Development.

To help workers and drivers, NIOSH developed a series of blind-spot diagrams for certain work vehicles, highlighting the danger zones for workers on foot.

View the blind-spot diagrams from NIOSH.

“People need to be aware that any place around that piece of equipment, you can be invisible,” Drewes said.

Jones said that new technology also doesn’t end the need for standard work practices such as checking the area around the vehicle before getting behind the wheel and looking in the mirrors.

Atlanta-based UPS Inc. began installing cameras in its package trucks and vans in 2000, spokesman Dan McMackin said, but using them is last on the company’s five rules of backing.

UPS instructs its drivers to go in reverse only when necessary and, if they must back up, to move the vehicle toward the driver’s side. Drivers also must scan the area before and during backing, and honk their horn continuously while in reverse.

A backover is considered a type of struck-by incident. Struck-by incidents contributed to 804 construction worker fatalities from 2011 to 2015, the most of any major industry, according to a recent report from the Center for Construction Research and Training, also known as CPWR.

With so many ways to mitigate the issue, it’s frustrating that backover fatalities and injuries continue to occur, Jones said, “given the fact that we have looked at this issue for a long period of time.”

He added that he’s hopeful technology will play a more prominent role in helping reduce incidents.

“I’m a little more optimistic on this backing issue than many of my peers because I’ve seen us come so far from my days as a Teamster,” Jones said. “Technology is putting us in a position where we should be better in the future. It’s just a culture change of accepting it.”