We use cookies to provide you with a better experience. By continuing to browse the site you are agreeing to our use of cookies in accordance with our Privacy Policy.
Home » OSHA’s budget increase official after President Trump signs ‘minibus’ spending package
Federal agencies 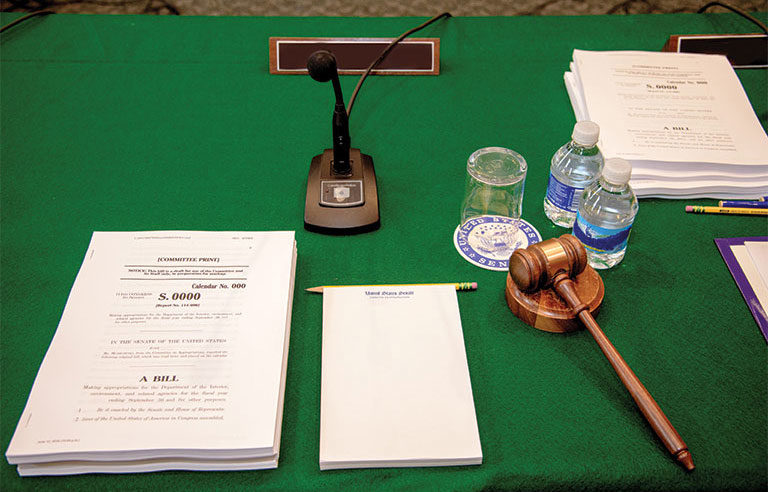 Washington — OSHA’s $5 million budget increase became official Sept. 28 after President Donald Trump signed a “minibus” appropriations bill that includes funding for the Department of Defense and a continuing resolution to keep the government open until Dec. 7.

The appropriations bill provides about $557.8 million for OSHA in fiscal year 2019, a $1 million increase from the Senate’s initial minibus bill (which passed Aug. 23) and $12.5 million more than the House’s proposed budget. The agency received $552.8 million in FY 2018; the Trump administration allocated $549 million. It’s the first time since 1996 that Department of Labor appropriations are in place before Oct. 1, the start of the federal government’s fiscal year.

“This legislation will provide our national defense,” House Appropriations Committee Chair Rodney Frelinghuysen (R-NJ) said in a Sept. 28 press release. “It also ensures continued investments in the health, safety, educational and economic well-being of our nation.”

The conference committee chose to allocate no more than $102.4 million to OSHA State Plan states, an increase of $1.5 million. It is the first hike since FY 2014, according to a post from the agency’s former Deputy Assistant Secretary Jordan Barab on his Confined Space blog. The Susan Harwood Training Grants Program will remain viable for another fiscal year, receiving around $10.5 million. The administration’s previous attempts to cut that program have failed, and the House slated it for elimination in its budget proposal.

OSHA’s federal compliance assistance efforts will see a $2.5 million increase to $73.5 million, with at least $3.5 million going to the Voluntary Protection Programs. OSHA’s enforcement budget gets a $1 million boost, to $209 million.

The Mine Safety and Health Administration will receive level funding at $373.8 million, with up to $2 million going to mine rescue and recovery and at least $10.5 million to state assistance grants. The House initially proposed $367.6 million for the agency, and the Trump administration allocated $375.9 million.

The bill includes a provision that some of the state assistance grants “may be used for the purchase and maintenance of new equipment” as required by the agency’s coal dust rule for mine operators who “demonstrate financial need.” That rule lowered the exposure limit at underground and surface mines to 1.5 milligrams per cubic meter of air from 2.0 milligrams. Other changes include sampling requirements with continuous personal dust monitors.

NIOSH will receive $336.3 million – a $1.1 million increase from FY 2018 – and remain under the Centers for Disease Control and Prevention. The Trump administration proposed to give the agency $200 million and move it to the National Institutes of Health. The House budgeted $339.2 million for NIOSH.