We use cookies to provide you with a better experience. By continuing to browse the site you are agreeing to our use of cookies in accordance with our Privacy Policy.
Home » Health system’s mask policy leads to significant drop in COVID-19 infections, study finds
Research/studies Workplace exposures Health care/social assistance Health Care Workers 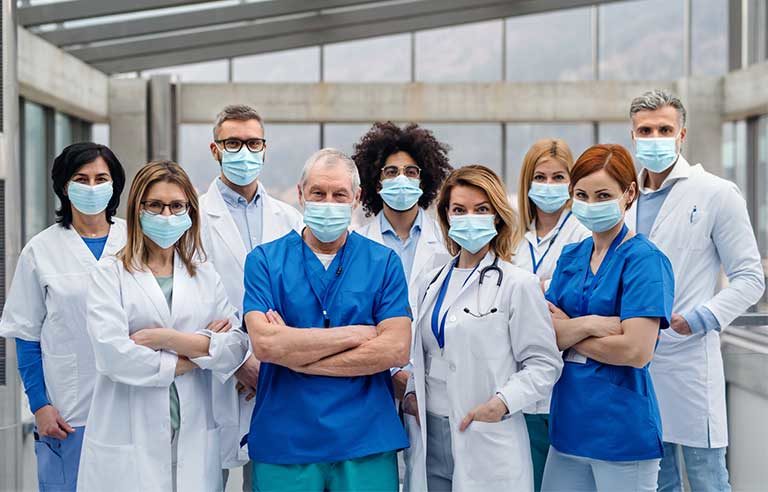 Boston — A universal masking policy for employees at Mass General Brigham led to a significant decrease in the rate of COVID-19 infections among workers, results of a recent study by researchers at the health system show.

The 12-hospital system – the largest in Massachusetts – in March began requiring all of its 78,000 employees to wear surgical masks, while implementing a number of other mitigation strategies. The researchers compared workers’ electronic medical records from a pre-intervention period (March 1-24) with an intervention period (April 11-30) – allowing for a transition period (March 25-April 10) to account for a lag in symptoms.

As the number of cases dropped among workers during the study period, it rose throughout the state. According to data from The New York Times, new COVID-19 cases in Massachusetts rose to 1,940 on April 30 from one on March 1.

“These results support universal masking as part of a multipronged, infection-reduction strategy in health care settings,” Deepak L. Bhatt, study co-author and executive director of interventional cardiovascular programs at Mass General Brigham, said in a recent press release. “While we studied health care workers, the results also apply to other situations in which [physical] distancing is not possible.”

“The results of this study demonstrate that requiring masks for all hospital staff, regardless of role in the organization, was critical to protecting our employees,” Dean Hashimoto, chief medical officer for occupational health services at Mass General Brigham, said in the release.

The study was published online in the Journal of the American Medical Association.